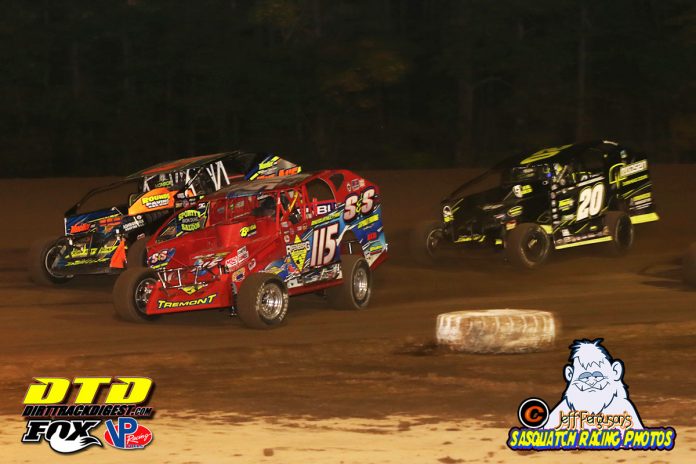 MALTA, NY – Over the years, car owner Brian Madsen has taken a lot of money out of Albany-Saratoga Speedway, thanks to the seemingly bottomless well of talent of Brett Hearn.

But this year, Madsen is going to be giving some money back. At least, he hopes so.

Albany-Saratoga Speedway promoter Lyle DeVore announced this week the creation of the Madsen Overhead Doors bonus. Any modified driver who can win back-to-back features will receive a $500 bonus.

Madsen has even picked up a partner for his venture. Mark Flach of Flach Performance Products is going to contribute half of the new bonus.

“We’ve been involved in racing for almost 40 years and it’s been really good to us, especially in that area (the Capital Region of New York),’ said Madsen. “Racing is our business, and this is good marketing. When I mentioned it to Mark, he was thrilled to go in on it with me.”


Instituting the bonus was the easy part. Giving it out might be a little tougher.

“All the years we put in at Malta with Brett, I know how hard it is to repeat,” said Madsen. “After you get a win and get handicapped 18th, it’s really tough to get through that field. We figured if someone can do that, we’ll try to make it a little extra special.”

Although Hearn has semi-retired from racing while he focuses on his new duties as Director of Motorsports at Orange County Speedway in Middletown and will only be running about a dozen modified shows with Madsen in 2020, the Madsen Overhead Doors car will still be at Albany-Saratoga every week, with Madsen’s son Dylan competing in the limited sportsman division.

Albany-Saratoga Speedway will kick off its season with a 55-lap modified feature, paying $5,500 to win, on Friday, April 17, and the Madsen Overhead Doors/Flach Performance bonus will kick in the next week.