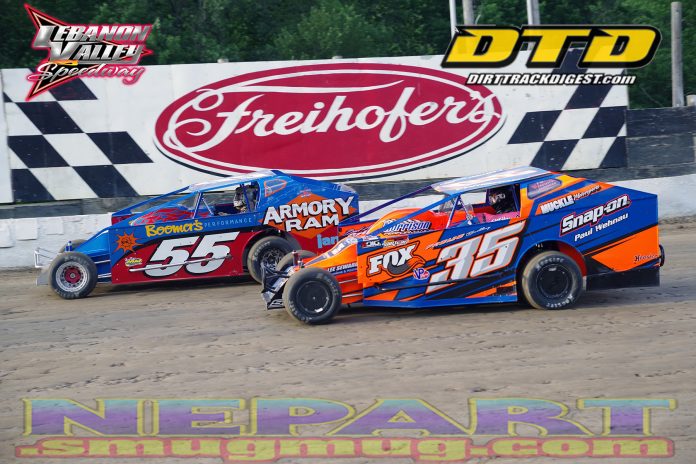 Last season, the 24-year-old modified driver out of Danbury, Ct., had planned on running a full Friday night schedule at Albany-Saratoga Speedway, but things didn’t work out as he had planned.

This year, Lombardo has put together an aggressive schedule that will have him at Albany-Saratoga on Friday nights. All he needs now is for New York Gov. Andrew Cuomo to relax his COVID-19 pandemic guidelines for social distancing so dirt tracks can get back to business.

“I believe so,” said Lombardo when asked if he’d be at Albany-Saratoga on a regular basis this year. “We’re in the process of putting together our own deal to run there on Friday nights. You know, if the season had started on time, I might not be able to be there every week. But with the shorter season, I think it will work out better for us.”


He finished 23rd and 19th in his two starts at Albany-Saratoga, and failed to qualify for Brett Hearn’s “Big Show XI.”

But he’ll be back this year with that same PMC chassis, which Lombardo said only has about five races on it. The car will again carry primary sponsorship from Snap-On Tools. “The Friday night car is the only car my dad (Lew) and I own,” said Lombardo. “Paul (Snap-On Tools distributor Paul Wehnau) owns our entire Lebanon Valley operation.”

Wehnau and Snap-On Tools became Lombardo’s primary sponsor during the 2017 season, and they got their first win together in 2018. They added two more wins at the Valley last year, highlighted by a last-lap pass of John Ruchel in a bug block feature that paid $5,000 to win.

Lombardo is no stranger to Albany-Saratoga Speedway. After winning the sportsman championship for car owner Bill Pascual at Orange County Speedway in Middletown in 2014, he moved to the modified division at Albany-Saratoga in 2016 and finished eighth in points. He had 10 top-10 finishes that year, with his best finish a third on June 3.

“I don’t really know what it was,” he said with a laugh when asked about his success in 2016. “Maybe it was just the luck of the draw. But I always said, since I was a kid, if you wanted to be the best, you had to beat the best, and that year, you had Brett Hearn, Kenny Tremont, Stewie (Stewart Friesen), Marc Johnson all racing at Malta. There were probably 15 cars that could have won on any Friday night.

“I always wanted to go back there, but my dad and I didn’t have the backing to race two nights a week on our own.”

In addition to racing at Albany-Saratoga and Lebanon Valley this season, Lombardo also plans to be spending some time on the road, competing in various series races. And that’s one of the reasons he wants to be at Albany-Saratoga Speedway on Friday nights.

And along the way, don’t be surprised to see Lombardo put the Snap-On Tools PMC modified in victory lane at the historic Malta track.