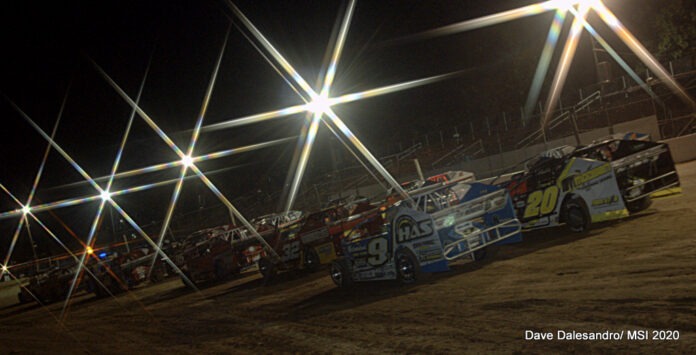 DAYTONA BEACH, FL – Ray Marler, who promoters I-55 Speedway, was introduced as the 45th  this morning at the 48th Annual RPM@Daytona Workshops presented at the Daytona Resort & Spa in Daytona Beach, Florida, representing Region Five, the Great Plains region of RPM balloting.

“This is incredible, to win this,” stated Marler. “I have had many friends wins this and I have been a believer in the RPM Workshops for many years. I have a great wife in Sue and great partners in Kenny and Ann Schrader, which we all work extremely hard and to be recognized like this is very humbling. I am grateful for everyone who has helped us get to this point. I-55 has been our lives, we have poured our heart and soul into it, we hope to carry on the tradition for many years to come.”

Marler, who purchased I-55 with Schrader as his partner in 2003, has dedicated himself to building his speedway into one of the top tracks in the country. The 44th ARPY, Roger Slack, once referred to Marler’s track during a previous RPM Workshop, as “the cleanest track that he had visited in North America.” The track, which is not only clean, promotes exciting events with a tremendous and loyal following of racers in the St. Louis, Mo., region of the country. With events like the “Ironman” for the World of Outlaw Sprint Car Series and the Pepsi Nationals, has become one of the most recognized facilities in North America.

“This is a great honor and we are very proud of Ray and all that he gets done at Pevely (I-55)”, stated business partner and racing personality, Ken Schrader. “Today was an incredible day for all of us. We are happy to be taking the ARPY hardware home, Ray has deserved this for his efforts.”

Lyle DeVore of Albany-Saratoga won the first ever ARPY “without Fans” Award, based on promoting his track, Albany-Saratoga Speedway in Eastern New York without the ability to host fans due to the pandemic.

Todd and Elizabeth Thelen, promoters of Slinger (WI) Super Speedway accepted the award for the RPM Outstanding Event of the Year.