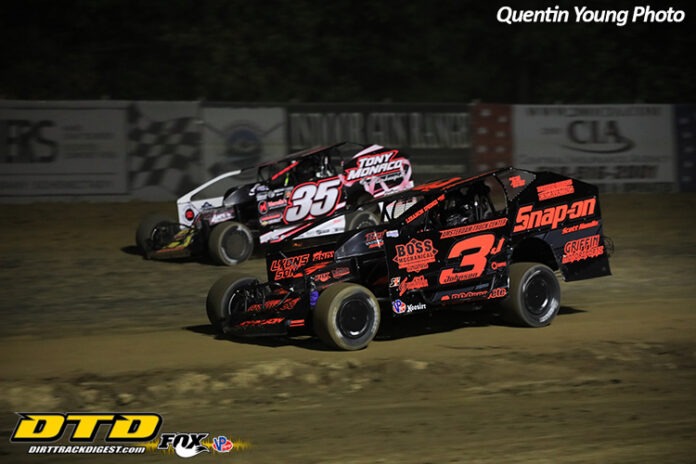 The rock band “Poison” said it best in their 1988 single “Nothin’ but a Good Time” when they sang, “It don’t get better than this.”

Albany-Saratoga Speedway promoter Lyle DeVore released his 2021 schedule on Friday and from the April 16 opener to the Malta Massive Weekend in September, it’s loaded with special events and big-money races.

Although the COVID-19 pandemic wreaked havoc on the 2020 season, that didn’t stop DeVore from putting together a 25-race schedule for 2021, as well as bringing back the popular Malta cruise-ins for custom cars, trucks and motorcycles.

The entire 2021 schedule can be found on the track’s Facebook page and is subject to change, but here are some of the highlights.

Following a practice session on Friday, April 9, the 2021 season will kick off with the “Hell Or High Water” card, co-sponsored by Bart Contracting and Schaghticoke Wine & Spirits, on April 16. Thanks to the sponsors’ support, the modifieds will be competing for $5,600 to win, and all other divisions will also be in action. In case of rain, the “Hell Or High Water” card will be held on Sunday, April 18.

Albany-Saratoga Speedway will be hosting two Super DIRTcar Series races in 2021, with the first, the “Horsepower Hundred,” taking place on Tuesday, June 22.

The return of the Empire Super Sprints on July 23 will highlight the action in July, and will be followed by two of the most popular events on the Albany-Saratoga Speedway schedule.

“Stan Da Man Night,” a tribute to Lyle’s father Stan, who died in 2016, will take place on Friday, July 30, with the modifieds racing for $3,200 to win, as well as $320 bonuses for heat race winners. The next week, on Friday, Aug. 6, it will be “John Grady Memorial Nostalgia Night,” with the modifieds, sportsman and pro stock divisions again racing for inflated purses.

The month of September will begin with the final points night on Sept. 3. That card will also include the West End Sportsman Special, which will pay $1,000 to win. That is one of nine events in 2021 in which the sportsman will be competing for at least $1,000 to win. Four of the $1,000-to-win sportsman races will be sponsored by DCS Contracting.

On Sept. 10, Albany-Saratoga Speedway will host the DIRTcar Sportsman Eastern Region series, with the 76-lap feature drawing many of the top sportsman drivers from throughout the Northeast.

The 2021 season will conclude with the two-day Malta Massive Weekend on Sept. 24-25. The Friday night card will be highlighted by the 50-lap Fall Foliage 358 Spectacular, while the Saturday card will include a 100-lap Super DIRTcar Series event for modifieds, as well as a DIRTcar Pro Stock Series race.

With New York state lifting some of its COVID-19 restrictions, DeVore has been maintaining a line of communication with officials from both the Town of Malta and Saratoga County, trying to determine when (and how many) fans will be allowed through the gates at Albany-Saratoga Speedway this season. That information will be released as soon as it becomes available, according to DeVore. Fans should follow Albany-Saratoga Speedway on Twitter, Facebook and Instagram for the latest updates.

Even though fans weren’t allowed in the grandstands during 2020, strong support from drivers, owners and sponsors allowed DeVore to complete a 13-night season, and he was named the “No Fans” Auto Racing Promoter of the Year by Racing Promotion Monthly for his efforts.