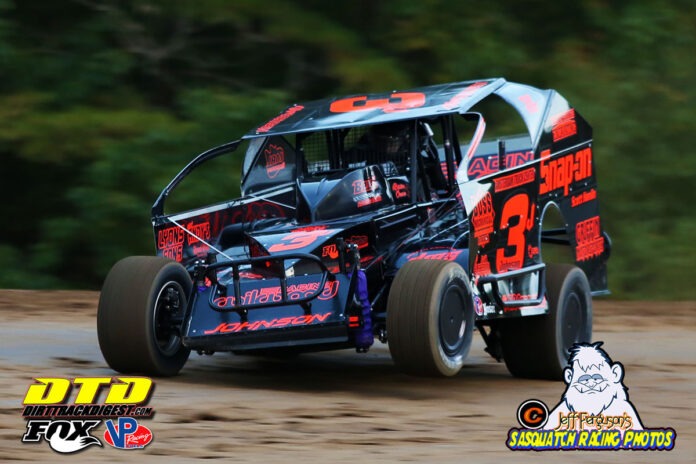 MALTA, NY – Kyle Jansen isn’t a race car driver, but he’s as anxious as anyone to see the 2021 season at Albany-Saratoga Speedway get under way.

Jansen is the commercial sales representative for John Ray and Sons and is responsible for setting up the corporate sponsorships and programs for the Troy, N.Y,-based fuel supplier. All of his ideas had to be put on hold in 2020 because of the COVID-19-shortened season, but he’s heading into 2021 with a full head of steam.

“Like anything else, it usually takes a solid year to get your feet underneath you, but then the pandemic hit last year,” said Jansen. “We sponsored a couple of cars last year and had a track sponsorship (at Albany-Saratoga) the year before, but it’s been a little slow. This year, we’ve donated a truck, so now we’ll have a packer/water truck out there and we’ll have our name on the Turn 4 tower. We also want to set up a booth in the concession area so we can do more interaction with the fans.

“Last year, we didn’t have that opportunity and it was a challenge, for everyone, to say the least. But like Lyle (Albany-Saratoga promoter Lyle DeVore) says, come hell or high water, we want to put a lot of effort into it this season.”

John Ray and Sons will also be one of the title sponsors for DeVore’s “Come Hell or High Water” opening night card on April 16, creating a $1,000 payout for the winner of the sportsman feature.


Jansen is always looking for ways for his marketing partners to overlap. This year, secondary prizes in the Albany-Saratoga Speedway 50/50 raffle will be gift certificates to Six Flags Great Escape in Lake George, another of John Ray and Son’s partners.

“As long as the weather is good, I think Lyle will have a great year there,” said Jansen. “It’s a very inexpensive source of entertainment for a family. I think he’s going to have a good season.”

John Ray and Sons has been providing delivery of fuel products and responsive service to families and businesses since 1904, when company founder John Ray began delivering ice to homes in Troy.

Additional information about the products and services provided by John Ray and Sons can be found at www.johnray.com.