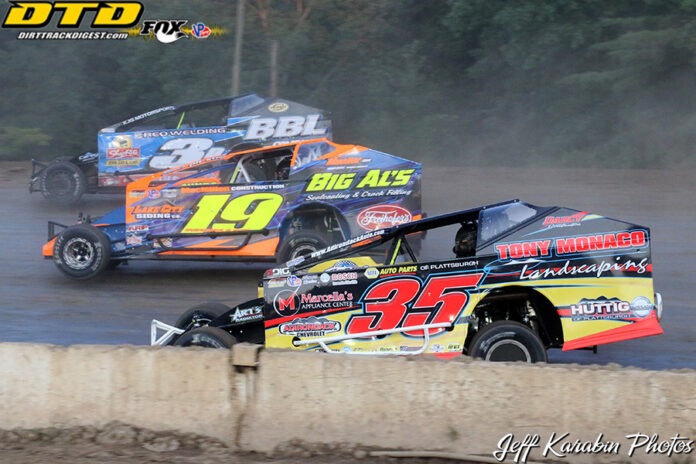 MALTA, NY – Mike Mahaney will be trying to use a home-track advantage to get his 2022 season back on track Friday night.

Mahaney, the 2020 modified champion at Albany-Saratoga Speedway, will be one of the top contenders in the field when the historic Malta track kicks off its 57th season of racing.

The Season Opener, presented by Bart Contracting and Schaghticoke Wine & Spirits, will be highlighted by a 40-lap modified feature, paying $6,500 to win.

Bart Contracting has also put up $200 to win each heat, a $300 bonus for most spots gained in the feature and a $500 bonus if the winner starts 15th or back on the starting grid.

The last time Mahaney, who is in his fourth season behind the wheel of the George Huttig-owned, Adirondack Auto -sponsored Bicknell, was at Albany-Saratoga, he was standing in victory lane after recording the first Super DIRT Series victory of his career, a win that was worth $13,000.

But the beginning of the 2022 season has been a struggle for the native of King Ferry, N.Y. He began the year at All Tech Speedway in South Carolina in February, finishing 11th, 11th and eighth in three starts.

Then it was on to Florida for the DIRTcar Nationals at Volusia County. The highlight of the week was a fourth-place finish in the final race of the series, following finishes of 14th, 16th, 18th and ninth.

He failed to qualify at Cherokee Speedway in South Carolina on Feb. 26, and then, after returning North, recorded a sixth-place finish in a star-studded field at Port Royal Speedway.

In his most recent start, at Orange County Speedway in Middletown on April 2, Mahaney won his heat race and then drew the outside pole, but dropped out with mechanical problems after just one lap.

Since getting the seat in the Huttig modified, Mahaney has developed a reputation as one of the most consistent drivers in the Northeast, especially at Albany-Saratoga. He picked up his first two career wins at the Malta track in 2019, won the season opener in 2020 to kickstart his championship campaign, and then notched two more wins and finished third in points last season.

Gates will open at 5 p.m. Friday, with qualifying races beginning at 7. The weather forecast is for daytime temperatures in the 60s, with plenty of sun, which should create perfect racing conditions. But as a precaution, promoter Lyle DeVore has also built in a rain date for Sunday, April 17.

Event can be watched on www.dirttrackdigest.tv for just $19.99. 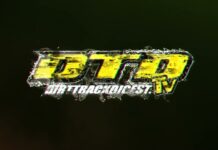