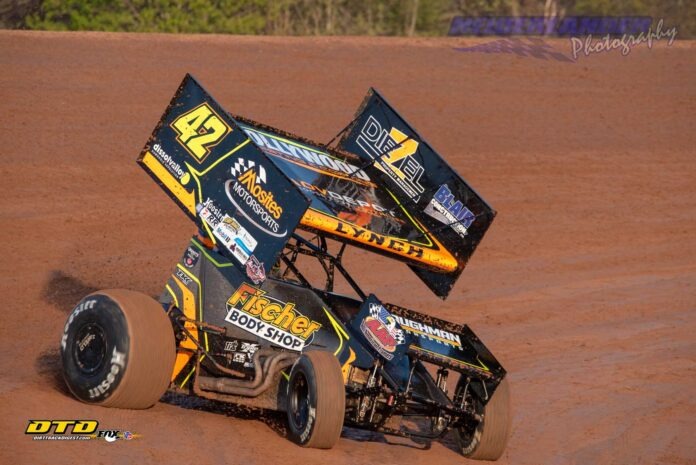 Sarver, PA (April 29, 2021) On Friday night history will be made at The Action Track as the 1000th Sprint Car feature in Lernerville Speedway history is set to push off as the FloRacing All Stars Circuit of Champions Sprint Cars presented by Mobil One graces the clay, headlining a three division Sprint Car bonanza. There will be an extra $1,000 on the line for the All Star Sprint feature winner, courtesy of Alternative Power Sources. There’ll be commemorative t-shirts available and chances to meet and mingle with some of the feature winners from over the years that have helped forge a strong Sprint Car tradition at Lernerville Speedway that has been intact for over 50 years. There’ll also be some fantastic racing on tap as well as the All Stars make their return after having to miss their 2020 date due to the COVID-19 pandemic.

All Stars at a Glance

Monrovia, Indiana native Justin Peck leads the All Stars into battle and has had a very strong start to his 2021 season, scoring wins at Attica Raceway Park, Williams Grove Speedway and Port Royal Speedway and will be one to watch on Friday night. Behind Peck in the standings, is a very talented and deep pack of tour regulars that have brought a different look to the lineup, but perhaps more intimidating than ever. It’s a lineup that features the likes of former USAC Sprint car champion Tyler Courtney, former National Open winner Brent Marks, plus World of Outlaws NoS Energy Drink Sprint Car feature winners Ian Madsen and tour runner up in 2019 and 2020, Cory Eliason. And also young drivers on the verge of a potential breakout such as Midget standout Zeb Wise, New Jersey based hot shoe Kyle Reinhardt, and former weekly competitor at the famed Knoxville Raceway, Hunter Schuerenberg. Currently, Peck holds a 12 point lead over second running Madsen and 36 markers over third running Eliason in the season standings which have seen five feature events completed. Ohio based pilot Greg Wilson and former All Star and World of Outlaw member Paul McMahan have both announced they will be racing on Friday night as well.

Locals Stout out of the Box

While only one feature has been undertaken at The Action Track in Peoples Natural Gas Sprint Car action, many area drivers have started their 2021 campaigns and a few have looked especially speedy early on. Sye Lynch took the opening night win at Lernerville, passing a determined Jack Sodeman Jr. near the halfway point of Friday night’s feature event. Meanwhile, Friday night’s runner up and four time track champion, AJ Flick, crossed first under the checkers on Sunday evening at Tri City Raceway Park. Adam Kekich continued his mastery of Michaels Mercer Raceway Park with a win on Saturday night during their first 410 Sprint Car racing of the young season, while Sodeman drew first blood in area Sprint Car action, taking the feature win in Tri Cities opener two Sundays ago. Also of note and then some, Brandon Spithaler ventured to Ohio two weekends ago and scored a feature win at Attica Raceway Park and came home on the podium the next night out at Wayne County Speedway capping off a three race podium streak.

It’s been so far so good for young pilot Logan McCandless as he has started of the season with back to back feature wins in Allegheny Sprint Tour action with both victories coming at Michaels Mercer Raceway Park. McCandless has yet to find Terry Bowser Excavating Victory Lane thus far in his career though and will be looking to make his way for the first time on Friday night. The tour has raced at The Action Track a total of 18 times over the past four seasons with seasoned veteran Greg Dobrosky leading the way in career tour wins at Lernerville, amassing six career victories which include wins in two of the three tour stops in 2020. Also on tap will be the first visit of the season for the wild and wingless RUSH Sprint Cars. In 2020, Gale Ruth Jr. and Jeremy Weaver took the two feature wins completed at The Action Track. Since their inception, the RUSH Sprints have produced some truly amazing wheel to wheel battles and fantastic finishes at Lernerville and offer fans a taste of the thrill that comes with Traditional Sprint Car racing.

Pits will open at 4 PM on Friday night with grandstands opening at 5 PM. Hot laps are scheduled to commence at 6:45 PM with time trials for the All Star Sprints and racing following immediately afterwards. Adult general admission is $25, student tickets for those ages 11-17 are $15, children 10 and under are free of charge. 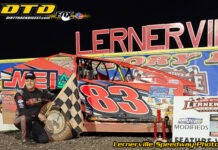 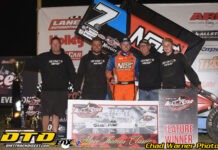