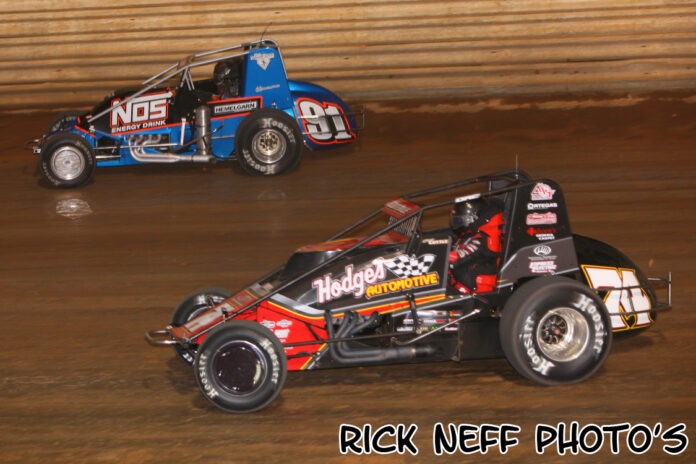 ROSSBURG, OH– In recognition of the 40th running of the 4-Crown Nationals Sept. 23-24 at Eldora Speedway, track officials announced today that the event will offer a new special award —  the NKTelco Broadband Bonus. If a driver sweeps all four features during the Saturday night finale on Sept. 24, he or she will earn a $40,000 bonus. With the bonus plus $10,000-per-feature winner’s purse, the winning driver would earn $80,000.

Legendary driver Jack Hewitt is the only driver to sweep the 4-Crown Nationals. In 1998 Hewitt posted victories in the USAC national sprint cars, midgets, and Silver Crown plus the UMP modified features.