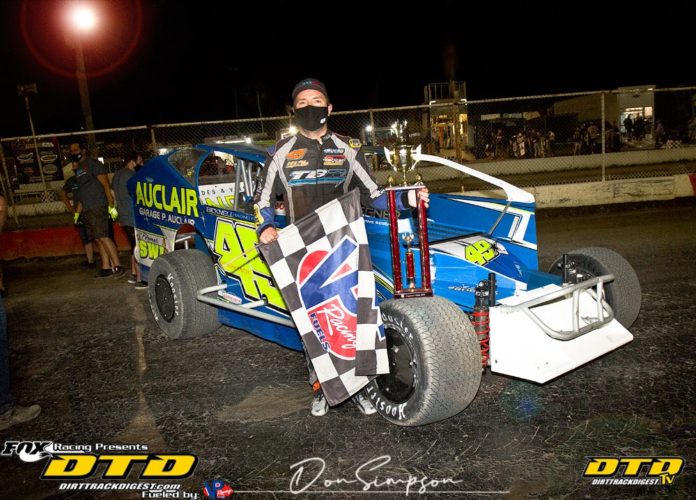 GRANBY, QUE – Francois Bernier pulled off his second win of the season at the Autodrome Granby with a stellar field of 32 Modifieds lining the pits at this historic track. Bernier was the man to beat.

Bernier led from start to finish as the fourth-time track champion only had a late-race challenge from David Hebert and Martin Pelletier, who hounded the leader after sevral restart due to cautions. Bernier crossed the finish line first, with Hebert second and Pelletier in third. 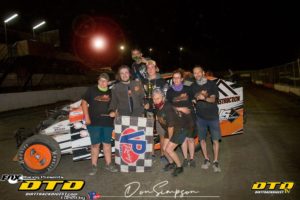 The event also hosted a 30-lap Sportsman Modified feature that saw one of the best races of the season so far.

Gabriel Cyr started at the front of the pack but fought hard the entire race for the lead.   A five-way battle for the lead developed on lap ten between Cyr, Even Racine, Moise Page, Alex Lajoie and William Racine. The group of drivers would be switching positions and the lead numerous times. 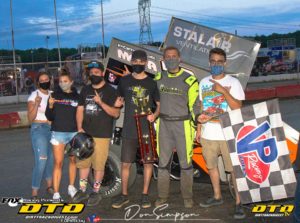 By lap 25, a dual between Moise Page and Gabriel Cyr started. Lap after lap the two raced side by side, but Cyr who took the high groove had the advantage coming of the last turn and inched out Page and  Even Racine at the line to take the win. In the end it was  Cyr over  Even Racine followed by Page.

Cyr was overjoyed with the win and was presented the trophy with his family by his side. 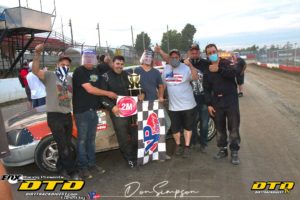 Finally, in the Sport-Compact 20-lap feature, Mathieu Voghell managed to outmaneuver the field to come home in a nail-biter finish. Danick Sylvestre came in second, followed by Alexis Charbonneau.

All in all, it was a great night of racing. Hopefully, the track will be allowed to have spectators to give credence to such good racing.