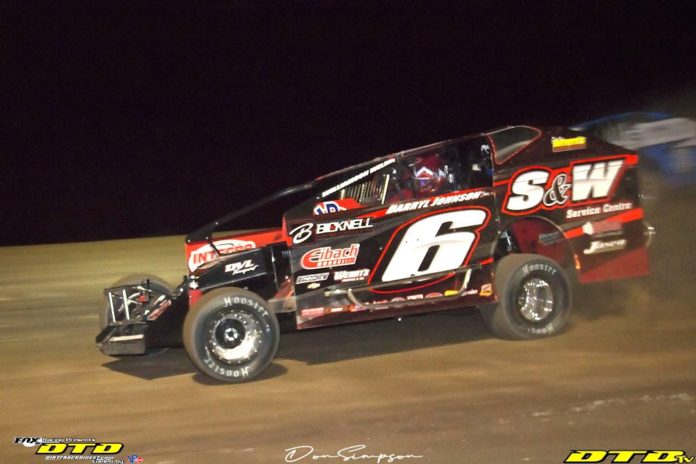 The third race of what is setting up to become a series at Autodrome Granby is set to unfold on Saturday, July 18 with the COVID Mania 40.

The race will see Super DIRTcar Series Champion Mat Williamson return to racing in Canada, since his short time south racing in the Brett Deyo’s Short Track Super Series along with a couple of other races. 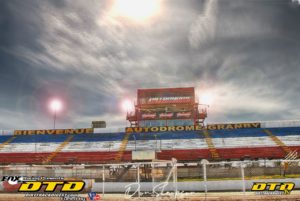 As in the last two events, this will be a live broadcast event from the Superspeedway in Granby, Quebec.

There will be four main classes on the big track along with the Slingshots and Go Karts on the small track in the middle.

The July 18 race will see the return of the Pro Stocks, which ran an exciting race back in the first of this series in the “COVID Destroyer 50.” Fifteen Pro Stocks were on hand for that race which saw Yves Hamel come home with the win.

Also on the card will be the Sport Compacts, which in the last two events put on some of the closest racing so far this season. The one driver in that has been in the mix at both races is Alexis Charbonneau who appears to be on a bit of a roll and is sure to be in the mix.

The Sportsman Modifieds are also be a part of the show, with several drivers who have been in the thick of things regarding the last two races.  They hope to bring their momentum to this next event. Moise Page, Even Racine, William Racine and Alex Lajoie have all finished in the top five and will be bringing their game to the ½-mile oval. 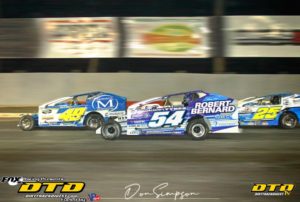 The main event of the “COVID Mania 40” will be a 40-lap feature for 358 Modifieds. The previous two events attracted over 30 Modifieds at each race. The one to beat, however, is four-time track champion Francois Bernier who has won the last two events and is going into the July 18 race on a high note.

Francois said, “Let’s say that currently, I’m on a good roll with a perfect start, both in qualifying and feature wins at both of the last races. As for the next race, I am looking to capture a third consecutive win. The car is really good at the moment and we are set at TBR Team for July 18 race.”

The bar is set high for the 358 class at Granby with the top five in the standings. So far drivers like Francois and brother Steve Bernier, David Hebert, Martin Pelletier and Michael Parent are ready to challenge for the win, but with Williamson confirming that he will race the “COVID Mania 40” this is sure to bring a new dimension to this race.

For Williamson, this will be one of his toughest venues so far this season.

“Yes we will make the trip down to Granby,” explained Williamson.  “I’m very excited, usually the atmosphere of the fans there is insane and always something to look forward to, but it will be a little different this time with no fans in the stand. Granby is a fast and racy track and has some very tough local competition, which should make for a tough race.” 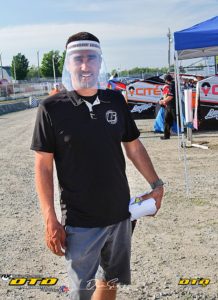 The “COVID Mania 40” will be available as a pay per view webcast and can be purchased by visiting the track website at https://autodromegranby.com. The pre-race show will start 5:45 p.m.

Something new offered to this event will be the Restaurant & Races evening!! $ 70 + TX per person. This will include dinner plus the event. Book your event room now! as there are only ten rooms available by visiting the track web site https://autodromegranby.com

Set your calendar for Saturday, July 18 for this third race at the historic ½-mile oval, bringing you the excitement of Dirt Car racing at its best.