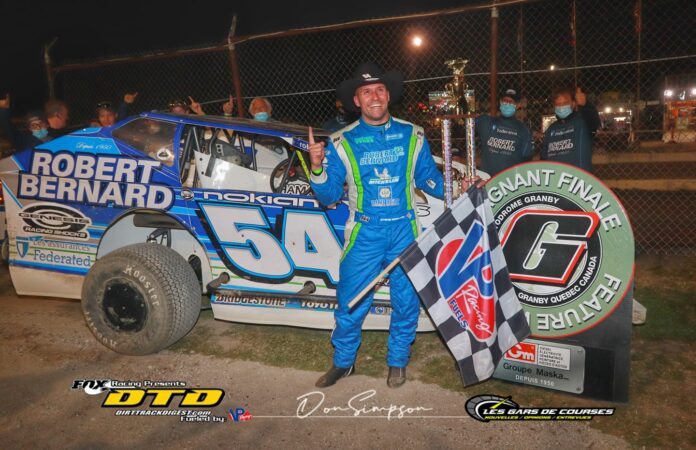 GRANBY, PQ – Stever Bernard was able to get around Michael Parent late in the 50-lap finale at Autodrome Granby to pick up the feature.  David Hebert finished in fourth which allowed him to take home the championship.

Mathieu Boisvert and Michael Parent started on the front row for the 50-lap final. Parent quickly took the lead on the first lap.

Mathieu Desjardins was in the top three when he found himself in the wall in turn one. On the restart, Bernard takes second ahead of Boisvert. Behind them, the Berniers stayed ahead of Hébert and kept their championship chances alive. 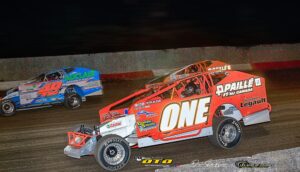 The race went smoothly and Steve Bernier climbed into the top three while Parent and Bernard continued to put on a show. While Bernier seemed to be heading for the championship, Hébert did not seem to be able to do anything to come back up. A caution occurred and gave hope to Hébert.

On the restart, Hebert got a great start and made the pass of the Bernier brothers to climb into fourth place.

At the front, Bernard passed Parent and led the last three laps to earn the victory ahead of Parent and Boisvert. With his fourth place finish, Hébert wins the 2021 championship in the Modifieds. Steve Bernier completed the top five.