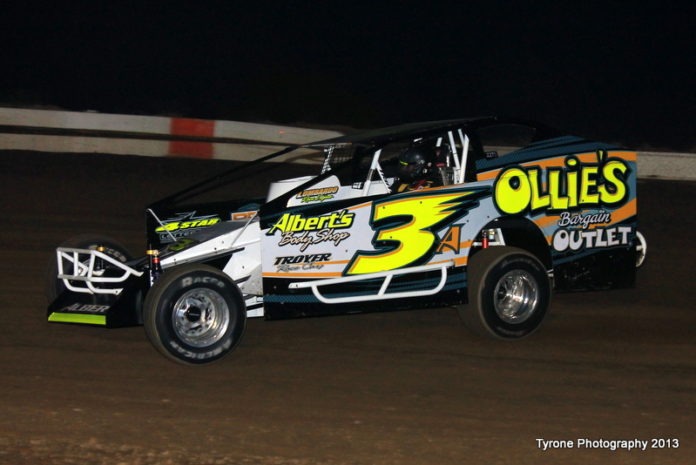 MINERSVILLE, PA – A new season is bringing about an influx of drivers to the modified ranks at Big Diamond Speedway.

Also returning to action in 358 modified competition this year is Kevin Albert, of, Lebanon.

Porreca, 25, a second-generation driver, began racing go-karts when we was eight and he is entering his third year in the modifieds and his second full season having competed the past few years at Penn Can Speedway (Pa.). He is still seeking his first career modified win.

“We’ve been discussing moving to the 358 ranks over the past year and we were in talks with Craig VonDohren and a few others and we made the decision to come and run Big Diamond this year,” he said. “I’ve never even been to the speedway but we have one of Craig’s engines so that should be a good start.”

Lasko, a 16-year old high-school student started racing quarter midgets at Phoenxiville when he was five. He enters his fourth year in modified racing having spent the last three seasons in the asphalt dirt modified division at Mahoning Valley Speedway (Pa.) where he was runner-up in the points last year.

“We’ve been talking about going dirt for two years but I wanted to get more seat time at Mahoning,” Lasko said. “The challenge is going to be the set-up going into the turns and getting used to running with guys like Billy Pauch Jr. and Jeff Strunk. We’re not going to be a top-five car like we were each week at Mahoning.”

Hildebrant, 37, spent last season at Five Mile Point Speedway (N.Y.) and is in his 11th season in modified racing. His father George, who still races today, began his career in the rookie modified division at the Flemington Speedway (N.J.) in 1975 with Billy Pauch Sr.

“Big Diamond is closer to home and it was time to make a change,” he said. “I’ve never raced at the track but racing with the big-name guys and a different scenery along with the good crowd and car counts they get is going to be pretty exciting.”

The unofficial kick-off to the 2017 season begins March 6-10 with the annual Schuylkill Mall car show in Frackville, Pa., just off Route 61 and Interstate 81.

The 46th season opener takes the green flag on Friday night, March 31, with a 30-lap, $4,000 to win feature for the 358 modifieds. Also on the card will be the U.S.S. Achey sportsman, Savage 61 roadrunners and the No Sweat Service Group Street Stocks.