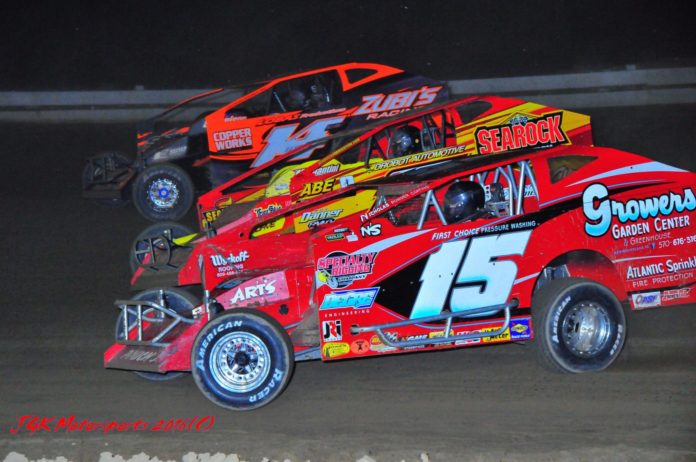 MINERSVILLE, PA – A rather mild winter in northeastern Pennsylvania has race fans ready for racing to return to Big Diamond Speedway on Friday, March 31, for the 46th season of dirt track racing at the coal region oval.

Throughout the winter months, the buzz about the new season has been surrounding the payout for first two weeks of the 2017 season.

For the first time in many years, the season will begin under the lights on Friday, March 31, as the Steel & Metal Service Center 358 modifieds will race 30 laps for $4,000 to win. The race carries a rain date of April 7.

Also on the card that night will be the U.S.S. Achey sportsman who will be vying for a $1,000 payday on opening night in their 20-lap feature while the Savage 61 roadrunners and the No Sweat Service Group street stocks round out the four-division show.


The point battle for the 2017 track championships begins on opening night.

The second night of the 2017 season will find the popular big-block/small block challenge race known as Money in the Mountains. The 40-lap feature for the modifieds will pay $6,000 to win. The event will be a Short Track Super Series qualifier as the series is set to visit the track on June 6. The show carries a rain date of April 14.

If that is not enough excitement for race fans in the first two weeks of the season, the Capital Renegade United Racing Club 360 sprint cars will shed their wings for the first time ever at Big Diamond as they go wingless on Friday, April 28, on Steel & Metal Service Center Night.

The show, which is the season opener for URC, is an open-wheel doubleheader as the 358 modifieds will also be on the card that night. The URC portion of the show will carry a rain date of May 5 if necessary.

Big Diamond continues to be the highest paying modified track in the Northeast as the weekly 25-lap feature for the 358 modifieds pays $3,000 to win.

The track will host an open practice on Sunday afternoon March 26 beginning at 2 p.m. for any car with a roll cage. The day will conclude with an Enduro Dash 50.