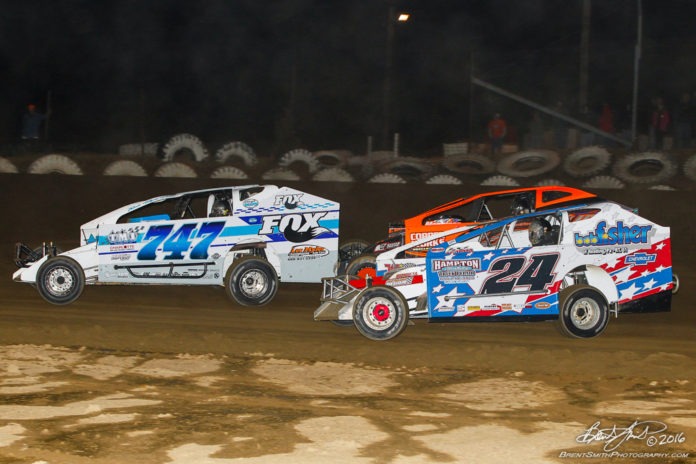 FORESTVILLE, PA – A strong storm system which brought rain and wind to the Northeast on Friday has forced Big Diamond Speedway to postpone its 46th season opener to next Friday night, April 14.

Next Friday’s race will mark the first time in many years in which the opener will be held at night. The battle for the 2017 track titles also begins next week.

Schaeffer’s MotorSports of Orwigsburg, will be the presenting sponsor of opening night which will see a four-division show headlined by the Steel & Metal Service Center 358 modifieds. The 30-lap feature pays $4,000 to win.


Also on opening night, the 20-lap U.S.S. Achey sportsman feature pays $1,000 to win while the Savage 61 roadrunners and the No Sweat Service Group street stocks round out the show.

The Money in the Mountains big block-small block challenge race will now take place on April 21. The 40-lap feature pays $6,000 to win and $400 to take the green. The winner of the challenge race will earn a guaranteed starting sport in the June 6 Short Track Super Series events, a $500 value.

Also on the card that night will be the sportsman, roadrunners and street stocks.


The United Racing Club sprint cars will make the first of two stops at the track on Friday, April 28, on Steel & Metal Service Center Night. It is the first wingless show of the year for URC and if needed, a rain date for the URC portion of the show is May 12. Also on the card that night will be the 358 modifieds, roadrunners and Vintage Cars.