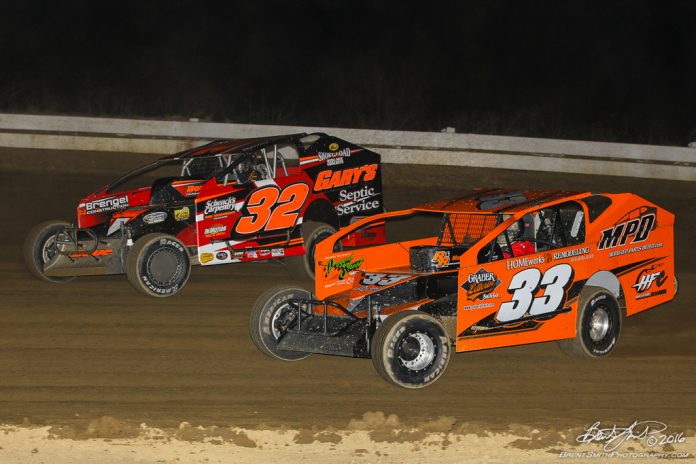 FORESTVILLE, PA – They say that the third time is the charm.

Hopefully that is the case for the 5th annual and twice weather-postponed Money in the Mountains big block/small block challenge on Friday night at Big Diamond Speedway.

It will be Slifko Service Center/Gone But Not Forgotten Memorial night at the track this Friday as the racing card will also see the U.S.S. Achey sportsman, Savage 61 roadrunners and the No Sweat Service Group street stocks in action.

The 40-lap feature for the big block/small block MITM pays $6,000 to win and $400 to take the green. The winner earns a guaranteed starting spot in the Short Track Super Series event at the track, a $500 value, on June 6.


Rick Laubach is the defending winner of the race.

Jeff Strunk, who won the season-opening 358 modified feature, won the first-ever MITM race in 2013. Other past winners of the event include Ryan Watt (2015) and Ryan Godown (2014).

The modified field continues to have healthy car counts as the Steel & Metal Service Centers 358s are averaging more than 30 cars per night while the sportsman count has been in the very high 20s.

The race will wrap up the month of May at the speedway and June is shaping up to be a great month with six nights of racing on tap.