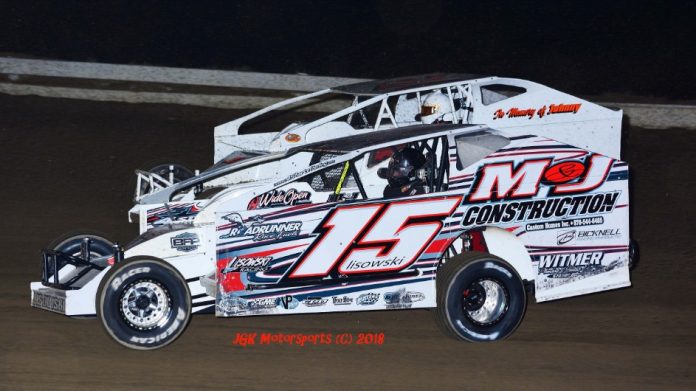 This Friday night April 20th, 2018 the Minersville, PA dirt oval will present the 6th annual “Money in the Moutains” big block / small block challenge event. It will be “No Sweat Service Group” night at the speedway which will culminate with a 40-lap feature event for the Modifeds paying $6000 to the winner with $400 to take the green flag. The winner will also receive a guaranteed starting spot for the “Anthracite Assault” Short Track Super Series event scheduled for Tuesday June 5th.

The first MITM race was run in 2013 with Jeff Strunk, the “Bechtelsville Bullet” Jeff Strunk taking the win. In 2014 it was the “Ringoes Rocket” Ryan Godown who bested the competition to take the win. 2015 saw the “Electric Company” Ryan Watt winning his first of two MITM feature events with the other coming last season in 2017. The “Quaker Shaker” Rick Laubach was first under the checkered flag in 2016 taking home the big money.

Noticeably absent from the list of MITM winners are the track’s top two all-time feature event winners Craig Von Dohren and Duane Howard. Von Dohren and Howard would like nothing better to add a win in this special event to their resumes.

The MITM race has typically brought in some of the best in the business to compete for the big money and this race should be no different. Dirt Modified superstars Billy “The Kid” Pauch and the “Sensational One” Jimmy Horton are both expected to be in the field Friday night looking to etch another notch in their belts and take the checkered flag back to New Jersey.


Formers winners Jeff Strunk in the Keystone Racing #126, Ryan Godown in the Searock Fabrications 26, Rick Laubach in the Ryan Kerr #1K along with two-time winner Ryan Watt in the Roberts Racing #14W will all be back hoping to add another win to their already impressive career stats in this special event. Add in opening night winner Billy Pauch Jr in the Kid Racing #15, former Coalcracker winner Doug Manmiller along with second place finisher at Grandview last week Mike Gular in the Terry Fanascht #2A along with the always tough Big Diamond regulars and you end up with a very competitive field of Modifieds all looking to grab the $6000 first place prize.

This will be a draw event with 24 cars to start the feature event. There will be 75 show-up points given out to all teams.

Also scheduled to compete on Friday night are USS Achey Sportsman cars along with the Savage 61 Roadrunners and the No Sweat Service Group Street Stocks.

General admission for Friday night is $25, Seniors $23. Kids 10 and under are free! Active military with ID are free.

The month of will conclude on Friday night April 27th with a regular show for the Modifieds, Sportsman and Roadrunners. The 600 Modifieds will also be in action with the Street Stocks being given the night off. 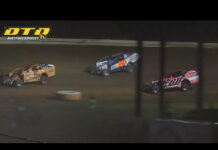