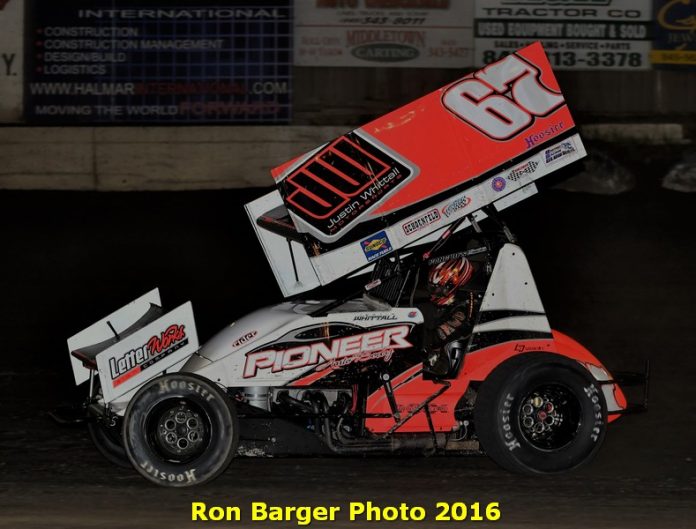 POTTSVILLE, PA – The Winged Warriors of the United Racing Club return to Big Diamond Speedway for their second and last appearance in 2018. The first time the storied sprint car club visited the speedway it was part-time club driver Mark Smith parking it in victory lane. Curt Michael is the current points leader with Josh Weller only seven markers behind in the quest for the series title.

Current points leader in the Mattera’s General and Electrical Contracting 358 Modified division Ryan Godown will be looking to make it two wins in a row after last week’s victory. Craig Von Dohren will be looking to retake the points lead back after losing it to Godown two weeks ago and also pickup win number three on the season.

USS Achey Sportsman driver Alex Yankowksi has quickly established himself as the driver to beat in the chase for the 2018 Sportsman title and the youngster made a statement last week by jumping into an unknown car right before feature time after his car refused to start earlier in the night and drove it to a solid third place finish after starting last. Last week we had a first-time winner in Michael Burrows as he held off determined veteran Doug Hendricks for the victory.

Filling out the night’s events will be the Savage 61 Road Runners who always put a crowd-pleasing race for the fans.