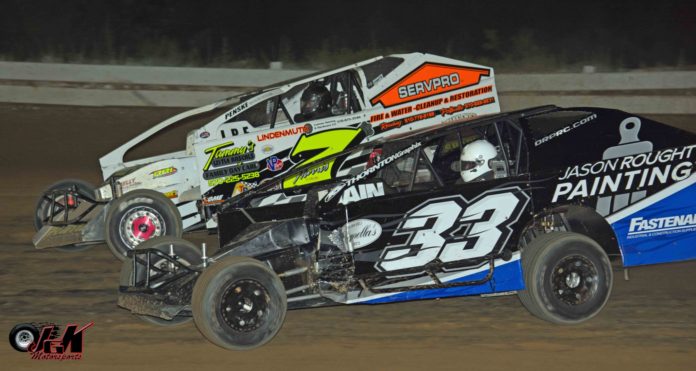 MINERSVILLE, PA – After two highly successful Friday nights of racing at Big Diamond, the track nestled up in God’s country will be back in action this Friday night June 26th on Heller’s Gas Night for the running of the Kamp Memorial races.

The Insigner Performance modifieds will still run a regular 25-lap feature race with an increased purse of $4000 going to the winner. Jared Umbenhauer and Mike Gular who have won the first two Friday night races will be back in action looking to get win number two on the season. Gular has emerged as a strong early contender for the points title and is your current leader after two weeks.
Back in action this Friday will be the USS Achey Sportsman division who will also run for some extra cash with the winner receiving $1000. Brad Brightbill dominated opening night two weeks ago and is expected back to try and make it two in a row.

Rounding out the schedule for Friday night will be the Red White and Blue Autos Roadrunners along with the Heller’s Gas Street Stocks. The roadrunners have put on quite exciting races the previous two weeks and I am sure this Friday will be no exception. Opening night winner in the street stock division Jason Geesaman will be back to try and stay undefeated in the street stocks.

*The purse increases for the Kamp Memorial will be posted later and will be in addition to the purses listed above.

Note – The 600 Modifieds have been removed from this week’s card and will be added at a later date.

Coming up on Friday July 3rd will be the George Stevenson Memorial race which will feature a 30-lap modified feature paying 4K to win along with the debut of the Rapid Tire USAC wingless sprint cars along with an always super fireworks display. This night will also feature the Open Sportsman vs Crate Sportsman along with the Roadrunners.