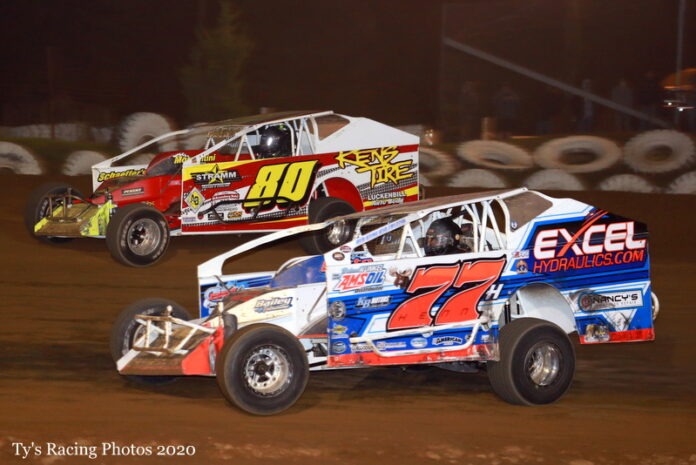 MINERSVILLE, PA – The most diverse season ever for the Big Diamond Speedway is set to get underway on Friday night April 2nd as promoters Jake and Jasmine Smulley swing open the gates for another great year of dirt track racing. As well as the normal weekly divisions, the speedway is set to host in 2021 the URC Racing Club Sprint Cars, USAC Wingless 410 Sprint Cars, the 410-Winged Sprint Car, USAC Wingless 360 Sprint Cars, ULMS Super Late Models along with the Crate Late Models making 2021 the most looked forward to season in the history of the track.

The level of competition expected to compete in the 2021 Insigner Performance 358 modified title is second to none in the northeast. It will take a monster effort from defending champion Mike Gular if he expects to repeat his 2020 championship season. With the likes of multi-time champions Craig Von Dohren, Duane Howard, and Jeff Strunk all back to compete for the title along with former champions Rick Laubach & Billy Pauch Jr plus a plethora of newcomers, this year’s weekly field of modifieds is looking to be the best ever at Big Diamond. Opening night, the Insigner Performance Modifieds will compete for a $4,000 to win first prize for their 25-lap feature event.

Also, on the card for opening night will be the U.S.S Achey Sportsman who will run their 20-lap feature race for $1,000 to win. Last year’s open sportsman division was dominated by Brad Brightbill and Brandon Edgar. It looks like Brightbill will concentrate more on 358 racing this season but Edgar will be back weekly to try and win his first Big Diamond Sportsman title. Teenage sensation Tanner Van Dohren is expected to be a weekly competitor in the sportsman ranks this season and should be stout competition for Edgar.

Returning for the second consecutive year will be the Savage 61 Crate 602 Sportsman division who will race for an $800 opening night winners share. The Crate 602 division last year was extremely competitive with Tyler Peet being the only driver who was able to win multiple races on the year.

Last but certainly not least, the Red White and Blue Autos Roadrunner division will be back in action with their wild brand of racing. Week in and week out the Roadrunners usually put on the best racing of the night and there is no reason to suspect otherwise in 2021.

*Do not forget that Big Diamond Speedway will hold an open practice session on Sunday March 28 for any car with a roll cage and proper safety equipment. Pit gates will open at 11:00 AM with on track practice from 12:30 PM to 3:00 PM. Pit admission for practice is $30 (original release was incorrect at $20).