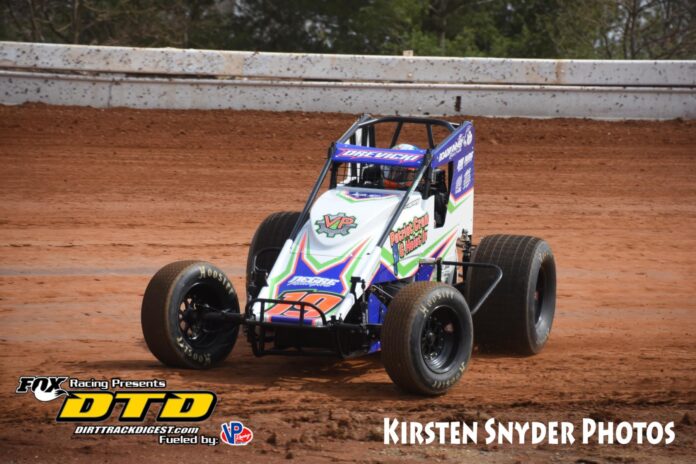 MINERSVILLE, PA – The popular and growing USAC East Coast Wingless Sprint series will make their first of two visits to the Big Diamond Speedway this Friday night May 28th. This series has grown exponentially since it’s inception only a few years ago and put on a fantastic brand of racing. Leading the way in 2021 is former Big Diamond Modified driver Briggs Danner who has made quite a name for himself this season aboard the Gallagher No. 5G. Danner has won three races so far this season and is the current points leader over Alex Bright who has two wins to his credit so far this season. In fact, in the five races run so far in 2021, Danner and Bright have won every main event so far. Lurking in the shadows and never to be counted out is multi-time champion Steve Drevicki who stands third in the standings. This division has produced a brand of competition that is hard to equal over the years and Friday night should be no exception.

The Insigner Performance 358 Modifieds will be part of the show on Friday night. The hotly contested modifieds have had four different winners in four races so far this season. Timmy Buckwalter, Billy Pauch Jr, Alex Yankowski and Jeff Strunk have all found victory lane this season. Oddly enough the top two career winners in the modified division Craig Von Dohren and Duane Howard have yet to grab a win and both will definitely be shooting for that first win on Friday.

The U.S.S Achey Open Sportsman division make their return to action after having last week off. Tim Fitzpatrick and Brandon Edgar have been victorious so far this season and both will be back looking for that second win.

If you were in attendance last Friday night, the Red White and Blue Autos Roadrunners put on a great show for the fans with veteran Don Murphy getting a very emotional win for himself by holding off 2020 points champion Alex Schoffstall for the win. This division continues to excite the fans weekly, and this Friday night should be no exception.

General admission on Friday night will be $25, Senior admission is $23. Kids under 16 are free. Active military are admitted free with a valid ID.