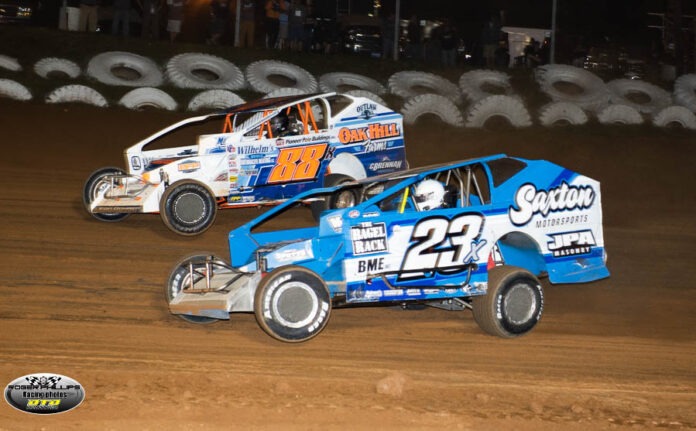 MINERSVILLE, PA – As the 2021 season winds down with only three shows left on the schedule. This Friday night August 27th will be Championship Night as all four weekly divisions will crown a champion.

In the Insigner Performance Modified division the race for the title has come down to two drivers. Current points leader Duane Howard has seen his once large points lead shrink down to a mere nine points over a strong running Timmy Buckwalter. Buckwalter has been coming on like a freight train over the past month and Howard has struggled somewhat after his big win back on July 16th. Howard had a real fast car last Friday in the Prelude to the Coalcracker but with show up points being given out there was no gains or losses by either driver. The tension will be high on Friday night as Howard hopes to add to his list of Big Diamond titles with Timmy Buckwalter looking for his first ever modified title. The modifieds will race 25-laps this Friday for a $3,500 payday.

In the U.S.S. Achey Sportsman, it is Doug Hendricks race to lose as currently leads Brandon Edgar by 107 points. It would take a win by Edgar along with a terrible night for Hendricks for Edgar to catch the high-flying Hendricks and take the title. This week the Open Sportsman will race for a $800 first-place prize.

Just like in the Open Sportsman, the Savage 61 Crate 602 division points race has been decided for the most part as Steve Lyle has led the way from the beginning of the season. Lyle has a 110-point lead over second-place Danny Buccafusca going into the final night. Lyle has been a model of consistently all season long and it would take him having a disastrous night to give Buccafusca any chance of catching him. There will be an $800 first place prize this week for the winner.

Going into the last night, Andrew Fayash III has clinched the Red White and Blue Autos points title. Fayash III has had a season to remember with top five finishes in every race so far in 2021. Alex Schoffstall who leads the division in wins this season has no chance to catch Fayash III as he trails by over 300 points going into the final night. There will be a $300 first-place prize going the winner of this week’s feature. The Roadrunners will also compete in a set of match races this Friday night sponsored by Pro-Shine.

Don’t forget, in two weeks it will be Coalcracker weekend with racing to take place on both Friday and Sunday night’s culminating with the $17,000 to win Jack Rich Inc. Coalcracker 72 Fritz Roehrig Memorial race.