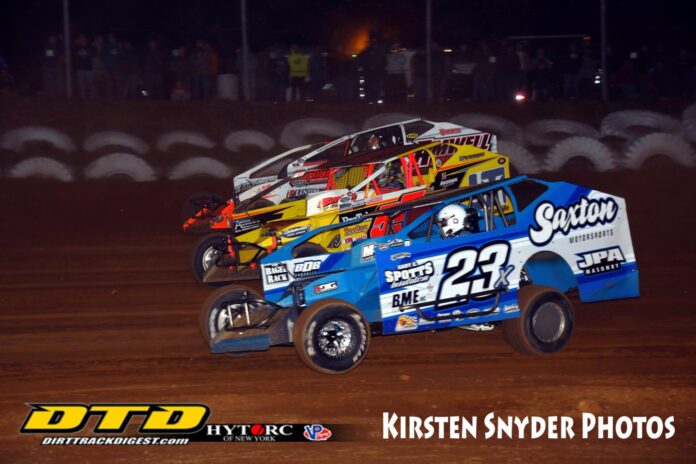 MINERSVILLE, PA – The stage is set, after a highly successful season opener last Friday at Big Diamond Speedway won by Jeff Strunk. The Insigner Performance Modifieds will race their first high paying race of the season with the annual running of the Fritz Roehrig Memorial “Money in the Mountains” race this Friday April 22nd. This year’s MITM race will be 35 laps in length and pay a whopping $12,000 to the winner with $400 to take the green

This year’s race will be the ninth MITM race in the track’s history. The first MITM race took place in 2013 with Jeff Strunk the victor. 2014 saw Ryan Godown winning the big money and in 2015 it was Ryan Watt standing in victory lane. 2016 found Rick Laubach winning and in 2017 it was once again Ryan Watt making him the only repeat winner. 2018 found the tracks all-time career wins leader Craig Von Dohren taking the win with the second-place driver in career wins Duane Howard winning in 2019. There was no MITM race in 2020 due to the late start of the season and last year’s winner was the teenager, Alex Yankowski. All the above-mentioned previous winners are expected to be in the field this Friday to try and add to their MITM win totals.

Rules for this year’s MITM race are as follows:

This will be an open draw race with 25 show up points be given to each car.

Also, on the racing card for Friday will be the USS Achey Inc Crate 602 Sportsman. The 20 lap Crate 602 feature will pay $1,000 to the winner. Last week’s winner Talon Carter will look to go two for two on the season but to do that will be a feat with the caliber of competition in the Crate 602 division. Rounding out the night’s events will be the Red White and Blue Autos Roadrunner division with a $400 to win main event.

Pit gates will open at 5:00 PM with Grandstand gates opening at 5:30 PM

General admission on Friday night will be $30, Kids under 16 are free. Active military are admitted free with a valid ID.

Dirt Track Digest.TV will provide all of the action live via Pay-Per-View if you cannot make it to the track.