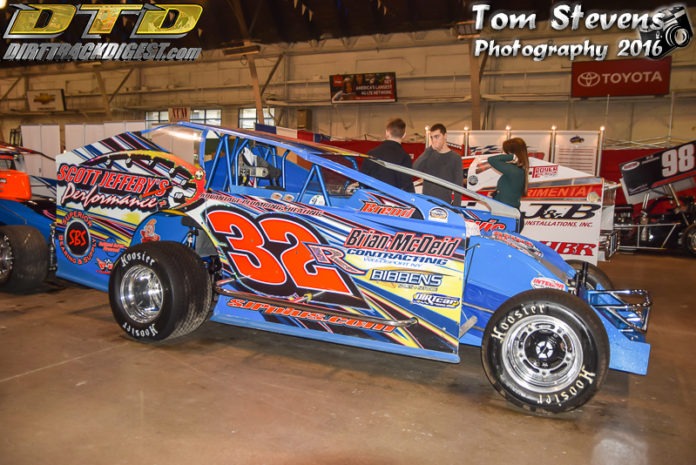 BALDWINSVILLE, NY – As the calendar rushes towards spring, all attention turns to the new racing season that’s just around the corner.

The Brewerton and Fulton Speedways will have a presence at the 31st annual Motorsports Expo at the New York State Fairgrounds March 11-12 in the Center Of Progress Building.

Speedway representatives will be on hand to answer questions you might have about the exciting upcoming season. The long-awaited schedules will be released and a chance for the kids to sign up early for the popular Jr. Fan Club. There will also be general admission and pit seasons passes, DIRTcar licenses for Modified and Sportsman divisions and RUSH licenses for Late Model teams for sale.

The Fulton Speedway will open Saturday, April 22 for a Test & Tune that is open to any car that runs on dirt. After that the long offseason comes to an end with the highly anticipated ‘Highbank Holdup’ weekend Friday and Saturday, April 28-29.

On Friday night, April 28 the winged warriors of the Lucas Oil Empire Super Sprints and the DIRTcar Sportsman Championship Series will fill the pits. A star-studded field is expected in both divisions to challenge the ‘Highbanks.’ The Modified Super DIRTcar Series and Billy Whittaker Cars and Trux RUSH Late Models will have practice sessions to get dialed in for their Saturday show.