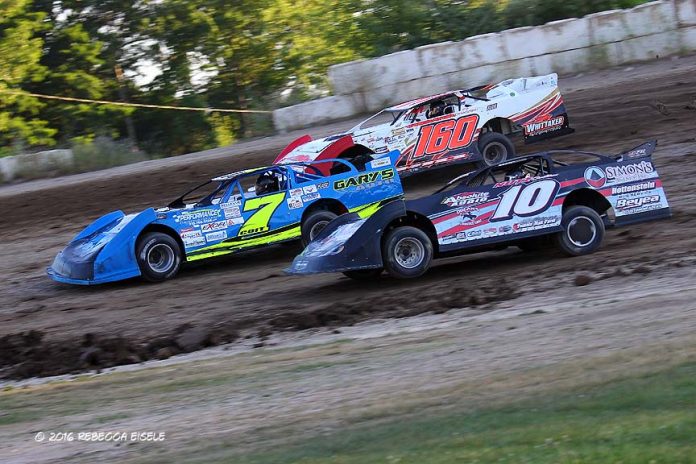 BREWERTON, NY – All drivers competing in all regular track divisions will be required to possess a valid DIRTcar or RUSH license to be eligible for competition at Brewerton and Fulton Speedways beginning in 2017. Drivers in the Tracey Road Equipment Modified, SUNY Canton Sportsman, E & V Energy Novice Sportsman, JB Logging & Firewood 4-Cylinders and Firehouse Subs Mod Lites must be duly licensed by DIRTcar for the 2017 season. Competing drivers in the Billy Whittaker Cars and Trux Late Models will require a 2017 RUSH Late Model license.

Both DIRTcar and RUSH License applications are available on their respective sites, www.dirtcarmembers.com and www.rushlatemodels.com. For drivers preferring to complete the application on site, there will be licensing representatives at the tracks for the April 22 (Fulton) and May 2 (Brewerton) Test and Tune events, Highbank Holdup Weekend April 28 and 29 at Fulton, as well as weekly events at each track. Drivers under the age of 16 in classes requiring a DIRTcar license should complete the “Youthful driver” application. Drivers aged 17 or under in the RUSH Late Model Class should complete the RUSH “Minor” Application.

DIRTcar Sportsman and Modified teams competing in Fulton’s Highbank Holdup Weekend, April 28 & 29 must have a license to participate. Novice Sportsman, Mod Lites and 4-Cylinders will have until the weekend of May 12 and 13 to allow for ample processing time. A one-night temporary membership (for the traveling racer) will be available weekly throughout a race season.


The practice of a mandatory membership is common in sports, including motorsports, creating a mutually beneficial relationship between the drivers and the point fund, rule book, official decisions and appeals. Both RUSH and DIRTcar Licenses will afford a driver an extra layer of insurance coverage in the case of an injury.

One week away is, long anticipated by fans and competitors, the 3rd Annual Fulton Speedway ‘Highbank Holdup’ weekend, Friday and Saturday, April 28-29.

Saturday – TK99 Classic Rock presents the stars and cars of the Modified Super DIRTcar Series ‘Highbank Holdup’ 100. Also on the race card will be the SUNY Canton DIRTcar Sportsman and the Billy Whittaker Cars & Trux RUSH Late Models. Track points will start for the Sportsman and Late Models on April 29.

For admission, times, camping and grandstand policies please go to www.fultonspeedway.com once there, click on the ‘Highbank Holdup’ logo on the front page. Please note the early start times on Saturday, April 29.

Adult grandstand admission will be $12 with everyone 18 years old and younger admitted FREE to the grandstands. Gates will open at 5:30pm with the first green flag of the new season at 7:30pm.

For all the latest Brewerton Speedway news go to www.brewertonspeedway.com

Connect To The Tracks Websites