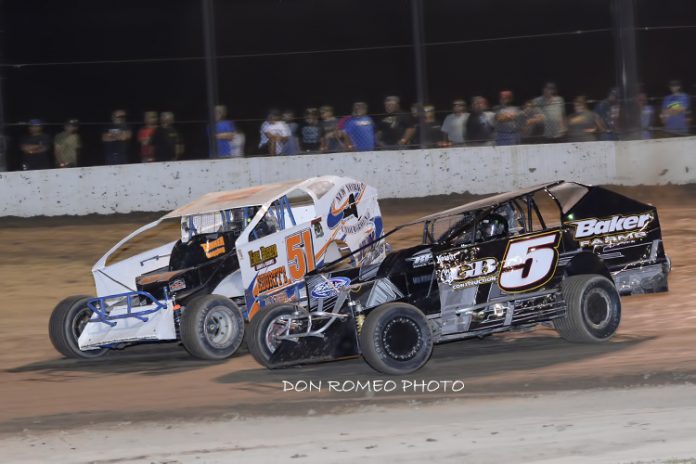 SUNY Canton will continue as the divisional sponsor of the popular DIRTcar Sportsman division at both Brewerton and Fulton. SUNY Canton also returns as the presenting sponsor for two of the biggest events in the Northeast: the 33rd Annual Outlaw 200 Weekend at Fulton Speedway (September 28-29) and the 26th Annual Hurricane 100 – 358 Modified Championship during Super DIRT Week on Thursday, October 4th .

Both speedways feature one of the strongest and most competitive DIRTcar Sportsman fields anywhere in the region. The 2018 season should be wide-open with the recent group of top runners moving into the headline DIRTcar 358 Modified class at the Fulton Speedway. From the first green flag of the season to the final checkered flag this fall it’s anyone’s guess who will be crowned the 2018 SUNY Canton Sportsman Track Champions at both speedways.

SUNY Canton has been long known as one of the top schools in the State Universities of New York system of schools, and also in all of the Northeast. What SUNY Canton has is a family atmosphere and class sizes that allow all professors and instructors to know their students on a one-to-one basis. What they have to offer is too numerous to mention here, so please visit www.canton.edu to see all the opportunities they have. As they say at SUNY Canton, “Great Majors, Great Careers.” As always please support those who support racing.

Action at Fulton Speedway kicks-off Saturday, April 21 with Test and Tune followed a week later by the first big race weekend of 2018, the ‘Highbank Holdup’ weekend Friday and Saturday, April 27-28.

Complete and exciting 2018 season schedules are now up on each track website.