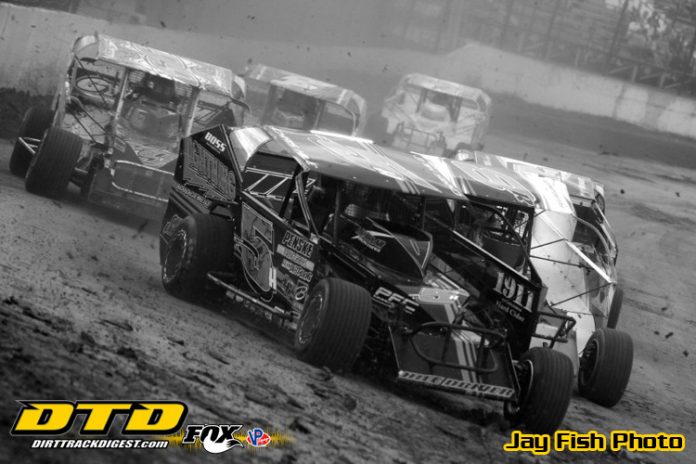 BALDWINSVILLE, NY – The Brewerton and Fulton Speedways are proud to announce that McDonald’s® Restaurants has renewed its major partnership at both Speedways for the exciting 2018 racing season.

McDonald’s® Restaurants will be the presenting sponsor at the Brewerton Speedway on Friday, July 13 for a Four-Star racing program plus the popular Fan Fest. The following night, July 14, McDonald’s® will be one of the presenting sponsors on one of the fan favorite nights on the racing calendar, “Family Autograph Night.” Plus “Yellow Out” for Sarcoma Research Awareness. On the speedway it will be a four-division night of exciting side-by-side dirt track racing.

Thanks to the McDonald’s® Restaurants, fans will be able to look on the back of their race ticket stub for weekly food specials at local Brewerton & Fulton participating restaurants.

With the calendar finally turning to April, action at Fulton Speedway kicks off Saturday, April 21 at 2:00 pm with Test and Tune, followed a week later by the first big race weekend of 2018, the ‘Highbank Holdup’ weekend Friday and Saturday, April 27-28.


Saturday, April 28 the stars and cars of the Super DIRTcar Modified Series will converge on Fulton’s high banks for the series point opener in the ‘Highbank Holdup’ 100. The first track point race of the season for the Billy Whittaker Cars & Trux RUSH Late Models and SUNY Canton Sportsman will complete the busy race card.