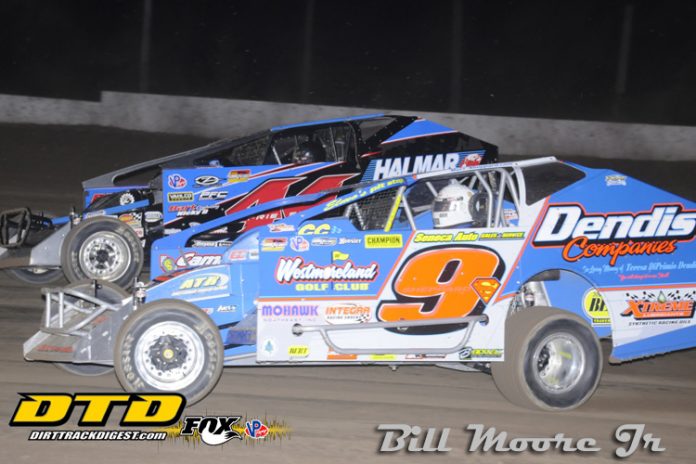 CONCORD, NC – To some, the 1/3-mile Central New York race track is known as Brewerton Speedway. To others amongst the Big-Block Modified faithful, it’s known as the D-Shaped Demon.

On Friday, June 15 the Super DIRTcar Series will attempt to tame the beast and take home valuable Championship points in the Showdown at Sundown 100. With the first points-paying contest in their rear-view mirror, 2018 contenders have begun to emerge.

Defending Series Champion Matt Sheppard has visited Victory Lane in three out of the last five races at Brewerton Speedway and will look to improve on his fifth-place performance at Weedsport Speedway.

Last year Sheppard outdueled a couple of Brewerton Speedway ringers: Larry Wight and Billy Decker. Can Super Matt repeat, or will he be following in the tire tracks of HBR young gun Max McLaughlin? McLaughlin came extremely close to winning his first career Super DIRTcar Series race at the Heroes Remembered 100. The 6h car came on strong in the second half of the race, and Max nearly ran down race winner Stewart Friesen. Drivers and fans agree that it’s only a matter of time before Mad Max makes his maiden roof dance.

Late in 2017 McLaughlin won a Friday night Big-Block Modified Feature at Brewerton Speedway.  He noted, “I got a win there (at Brewerton) late last year. We were really good at the end of the year.”

HBR teammate Jimmy Phelps has two career Series wins at Brewerton Speedway and has momentum coming off a podium finish at Weedsport Speedway.

Never count out the Gypsum Express cars at Brewerton Speedway. Larry Wight and Pat Ward will give the Series regulars a run for their money on the D-Shaped Demon once again. With the Showdown at Sundown 100 on their home turf, it could be theirs to lose.
Another contender, Billy Decker holds the track record on the .333-mile dirt track with a 13.890-second lap, which he set last year. Decker started in the top 10 at Weedsport Speedway, but the car never came alive and he fell back to 18th. The Mike Payne Racing team is ready to right the ship and go for the win at Brewerton Speedway, where Decker has two career Series wins. 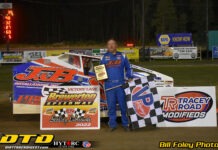