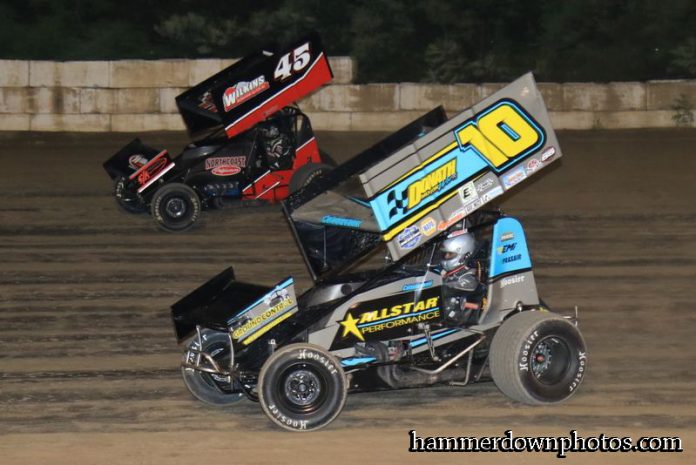 BALDWINSVILLE, NY – Officials from the Brewerton & Fulton Speedways and the Lucas Oil Empire Super Sprints have signed an exciting seven-race deal between both speedways for the upcoming season.

ESS will be doing battle at the Fulton Speedway as part of the highly anticipated opening weekend on Friday, April 24. Joining ESS will be the popular DIRTcar Sportsman Championship Series plus hot laps for Saturday’s DIRTcar 358 Modified Series ‘Highbank Holdup 100’ and Late Model hot laps.

Memorial Day weekend the ‘Winged Warriors’ will be part of a big double header.

The biggest week on the race calendar for ESS is the Lucas Oil Empire Super Sprints Central New York Speedweek that includes stops at Brewerton and Fulton.

Friday, July 3rd the methanol breathing, clay slinging beasts of ESS will slug it out on the ‘D-Shaped Dirt Demon’ with the Modifieds, Sportsman and Mod Lites in action to kick off the 4th of July holiday weekend.

Labor Day weekend will see the Lucas Oil Empire Super Sprints return for the last blast of the summer.

On Saturday, September 5th DOT Foods will present Championship Night at the Fulton Speedway in the regular season finale.

The 2020 season will get in gear Saturday, February 15 at 7:00 pm with the Winter Blast at a new location less than 15 minutes south of the Fulton Speedway at the Phoenix Sports Restaurant located at 228 Huntley Rd. in Phoenix, NY.

The event is casual dress and free to attend for fans and race teams. Trophies and monies from the 2019 season will be awarded plus a viewing party for the final night of the DIRTcar Nationals featuring the Modified Super DIRTcar Series and the World of Outlaws Late Model Series from Volusia Speedway Park. A Full food menu will be available.

Fulton & Brewerton Speedways will have a major presence at the 34th Annual Motorsports Expo on Friday & Saturday, March 14th – 15th at the NY State Fairgrounds Center of Progress Building. Stop by the display to see some of the sharp cars that will be competing weekly at both tracks. You can pick up schedules, buy season passes and have any questions answered that you might have about the 2020 racing season.