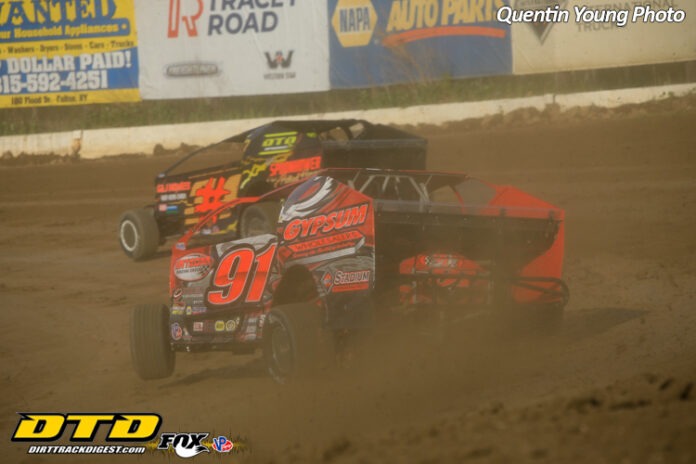 Adult grandstand admission is $25 with everyone 18 and under admitted free. Pit admission is $40. Grandstands will open at 5:30 pm with racing at 7:30 pm.

Two weeks of Big Block Modified races have come down to the final lap to decide the winner. Fan favorite Billy Decker won on opening night. Last week, Mike Maresca in his first season competing weekly at the ‘D-Shaped Dirt Demon’, won his first ever feature at the speedway.

Alan Fink and Chris Mackey, two drivers that should be in contention all season for the championship, have been to victory lane this season in the stacked with talent Sportsman division.

Kyle Demo and Justin Williams have collected checkers this season in the Mod Lites and Chuck Powelczyk has won the first two 4-Cylinder features.

The speedway would like to thank major marketing partner NAPA Auto Parts for being May 28th presenting sponsor and the weekly Chase Elliot award for the Sportsman at the Brewerton Speedway & Fulton Speedway.

In the U.S., NAPA now includes over 60 distribution centers, 15,000 NAPA Auto Care Centers and more than 6,000 independently owned and company-owned stores. NAPA carries an extensive inventory of more than 400,000 parts for automotive and industrial applications.

To find a NAPA near you please visit www.napaonline.com and also like the Syracuse area NAPA Facebook page at www.facebook.com/NAPA.NewYork.Pennsylvania . Remember to support those who support racing.