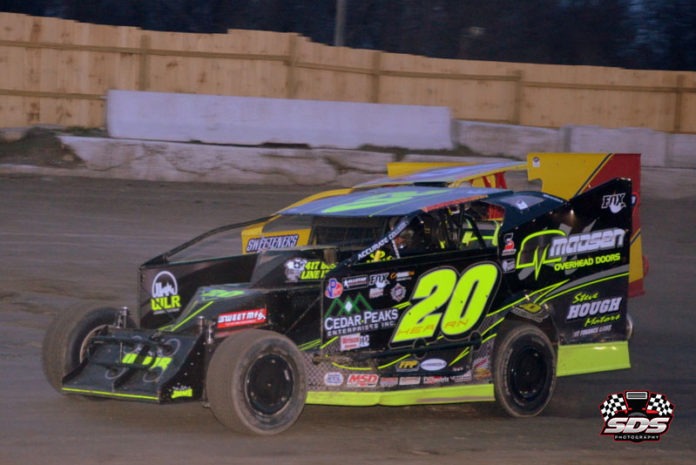 The ‘South Jersey Shootout’ is the richest race of the spring at the five-eighths-mile offering a massive payout of more than $25,000 – $5,000 to win, $1,000 for 10th and $400 to take the green flag! Product awards and bonuses from many of the country’s top manufacturers are up for grabs, as well.

“The Jet” Brett Hearn of Sussex, N.J., is making a surprise STSS appearance at Bridgeport with the Madsen Motorsports No. 20. Hearn made a late decision to chase the ‘South Jersey Shootout’ big money!

Veteran Jimmy Horton of Neshanic Station, N.J., sits atop the STSS point standings after a March conquest at Delaware’s Georgetown Speedway in the series opener. Horton will have plenty of competition on Sunday.


Halmar International teammate Stewart Friesen of Sprakers, N.Y., is the defending STSS South champion and has already posted a Bridgeport victory when he topped the ’60 Over Special’ in March.

Ryan Godown of Ringoes, N.J., looks to right his rocky start to ’17 with a solid outing on Sunday. Godown’s New Egypt (N.J.) Speedway counterpart David Van Horn Jr. hopes to build off a top-five effort in the Georgetown opener with Fred Vahlsing’s No. 323ov. Another NES driver expected isDanny Bouc of Pipersville, Pa., in the Mike Bent No. 88.

The Pauch family will be well represented at Bridgeport. Billy Pauch Sr. started 2017 with a top-three effort in the Georgetown STSS opener and hopes to make a run at the series championship. His son, Billy Pauch Jr., will pilot the Daniel Sommeling-owned No. 51 at the Port after suffering a flat tire late in the going at Georgetown.

The Pennsylvania ‘Big Three’ will be out in force with recent Bridgeport winner Duane Howard of Oley, Pa., at the wheel of Norm Hansell’s No. 357, Craig Von Dohren also of Oley, Pa., in the Dick Biever No. 14s and Jeff Strunk of Boyertown, Pa., driving for Glenn Hyneman.

Tyler Dippel of Wallkill, N.Y., is scheduled to compete on Saturday at Bristol, Tenn., and fly home early Sunday morning to Newark, with plans to strap into his No. 1 for Sunday’s ‘South Jersey Shootout’ event.

From the “First State” of Delaware, two-time Delaware International Speedway champion “the Joker” Matt Jester makes a rare tow north to Bridgeport. Jester will be at the control of the Wilkins family No. 90W after sorting out early season issues.

Jordan Watson of Milford, Del., is chasing money this season, opting for higher-paying events versus weekly racing. Watson holds a top-10 point position in STSS South competition after rallying from deep in the field for seventh at the Georgetown opener.

The ‘South Jersey Shootout’ is topped by a 40-lap STSS Modified main. Joining the series on the card are Sportsman (under Bridgeport weekly rules) and Outlaw Stocks.

In the event of rain, the program will be run April 30.

Complete race info can be found at the following link: http://bdmotorsportsmedia.com/south-jersey-shootout-rules-prices-general-info/

The STSS Modified purse structure is as follows: http://bdmotorsportsmedia.com/south-jersey-shootout-stss-modified-pay-structure/

Located in South Jersey, just minutes from Pennsylvania and Delaware at I-295 Exit 14, Bridgeport Speedway is a spacious five-eighths-mile clay oval with a quarter-mile embedded in the center. Bridgeport Speedway provides a safe and secure family atmosphere, free parking, giveaways and fan participation. To learn more, visit www.bpspeedway.com.