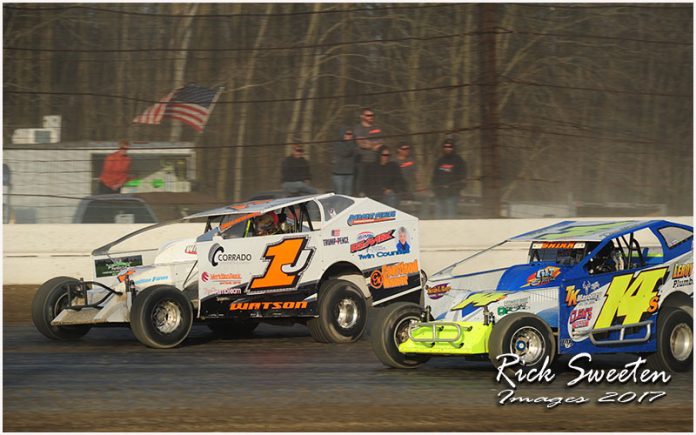 Colonial Pipeline has returned to again sponsor Bridgeport’s popular Poker Series events. In each of six events held throughout the 2017 season, drivers are awarded a card for their Poker hand, based upon their finish. A win gives the driver a coveted Ace, second – a King, and so on. At the end of the season, a Poker Champion is crowned with special awards given to the top three hands as well as the worst hand during the series.

Colonial’s petroleum pipelines are buried underground. The leading cause of damage to these types of buried utility’s is third party damage, someone digging without the utility’s approval or knowledge of what’s below the surface. That’s why Colonial encourages you to call 811 before you dig! Any project – large or small – you are required by law to call 8-1-1 before you dig. The 811 representative will take all your information, then will then notify all utility companies that may be affected by your work and a professional locator will visit the your work site and mark their utility with paint, flags or stakes. You must place your call at least three working days before the planned work allowing the utility’s time to mark their facility’s. Remember “Know what’s below, Call 811 before you Dig”

Invader, Stewart Friesen picked up the win and the Ace in the first hand back in March during the running of the 60 Over event. With Friesen’s commitments elsewhere, the Poker Series for the Big Blocks remains a wide open contest. After Friesen captured two of Bridgeport’s special events this season, reigning champion, Ryan Watt picked up the win for the Bridgeport regulars last week in the Super DIRTcar Series/Friends of Mike Finale. Rick Laubach was the winner of the first point race of the season while David Hunt was the winner of the last two events. Neal Williams as been a contender every week but still seeks his first trip to Victory Lane with the Sal DeBruno owned No. 0 car. You can bet that Sam Martz, Richie Pratt, Jr., Wade Hendrickson, Dominick Buffalino, Brett Kressley, Mike Barone and others will be contending when the green flag waves on Sunday.

Brian Papiez holds the first Ace in the Crate/Sportsman competition and will be challenged by 2017 feature winners, Matt Stangle, Travis Hill and Jeremy Harrington as well as drivers still searching for their first win of 2017 like 2016 Poker Champion, Steve Kemery, Eric Kormann, Roger Manning and more.


Jon Meyer is holding the Ace for the Outlaw Stock division but will have to go up against the competition supplied by most recent winners, Jeramy Doerr and Tom Wills, Jr. Brian Ludwig, Jeff Dirkes, Jim Avery as well as Ron Frees and Billy Wroble will have plenty to say about the outcome of the Outlaw Stock event.

Racing gets underway at 7pm. Come early and enjoy! There will be musical entertainment before the races get underway. Bridgeport offers a wide selection of appetizing offerings at their concession stands. Pick up a new t-shirt to add to your collection. The Bridgeport Bullet – the official program of the Bridgeport speedway – will be a great keepsake for this event. Take a ride on the Bandit Bus and get a look at the behind the scenes action in the pits.