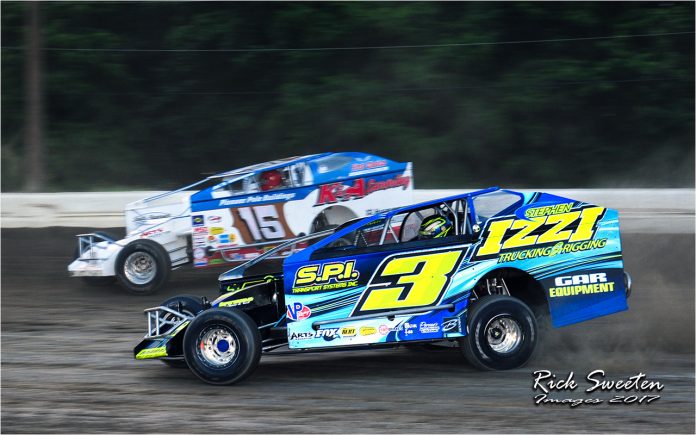 SWEDESBORO, NJ – The Bridgeport Speedway introduced several new events to its fans and competitors last season and none was more popular than Pack the House Night!

On Saturday, June 17, the Bridgeport Speedway will feature its second annual Pack the House Night. Race fans are admitted FREE and will be treated to a full show of racing on both the 5/8th mile speedway and the Spirit Auto Center quarter mile track.

“Pack the House night was an event that we put together last year that had dual purposes,” explained Bridgeport’s Directory of Marketing, Kolby Ramey. “One purpose was to show appreciation to all of our loyal fans that support us week in and week out by letting them into the grandstands for FREE for an event. The secondary purpose was to attract a new crowd of people that have never been introduced to the sport in hopes that we can show them what dirt track racing is all about.” And the event was a huge success among both regular attendees and new fans as well. “Pack the House was a resounding success last year! We had almost 4,000 people in the grandstands and the place was absolutely crazy. After that show we saw customer retention for the remainder of the year with those new fans coming back to see other shows at the track.”

Pack the House Night was also popular with the competitors – especially the supporting divisions that were now the headliners on Pack the House Night. The drivers spent extra time with the many fans who came to offer their congratulations following each of the night’s feature events.

Racing action will get underway at 6pm but come early and enjoy all that the Bridgeport Speedway has to offer!