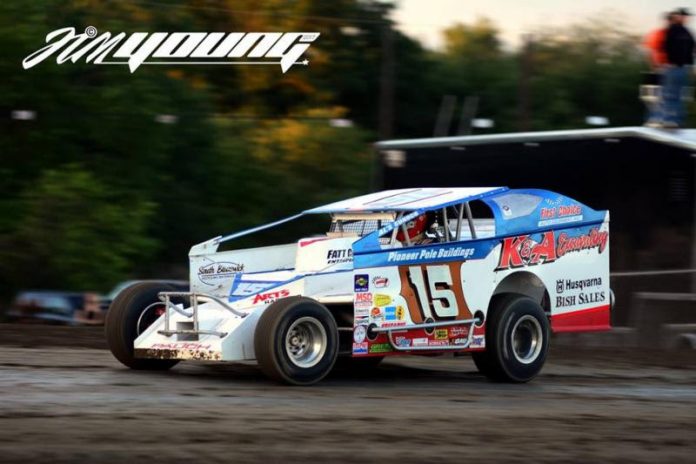 SWEDESBORO, NJ – Saturday, September 2nd is set to be a big night at the Bridgeport Speedway.

K&A Excavating and Billy Pauch will host Fan Appreciation Night for all Billy Pauch fans out there.

Over the years, Pauch has hosted an open house at his race shop and invited the public in for the day – giving his fans the opportunity to view his set-up, his race cars, his accomplishments as well as giving people a chance to talk to the driver himself. This year, electing not to campaign on a weekly basis, Pauch still wanted to reach out to his fans and show his appreciation.

“We wanted to do something for our fans where they can come and hang out,” Pauch explained. Pauch and longtime sponsor, K&A Excavating, approached Bridgeport Speedway to accommodate this special event.


Fans can come out early to see the Pauch No.15 on display. The grandstand gates will open an hour early(4:30pm) to allow fans plenty of time to enjoy this day. They will have the opportunity to talk to Pauch, pose for pictures, collect some autographs and purchase some brand new official Billy Pauch apparel.

Any fan that wears a Billy Pauch shirt to the track will receive a $5 discount off Bridgeport’s general admission, compliments of Billy Pauch and K&A Excavating. If you don’t have a shirt, you can still buy one at the main gate and receive the discount on your admission.

Pauch will compete when racing action gets underway at 7pm. The three track champions will be determined on this final night of the 2017 Points. All three divisions are being tightly contested. Ryan Watt, Rick Laubach and Dominick Buffalino will battle it out to the checkered flag to determine the 2017 Bridgeport Speedway Big Block Champion. Brian Papiez, Matt Stanlge, Eric Kormann and Roger Manning will each play a role in determining the 2017 Crate/Sportsman title while Tom Wills, Jr., Brian Ludwig, Jeff Dirkes, Jeramy Doerr and John Parker will have something to say about the outcome of the 2017 Outlaw Stock season.

Motorcyclists will be admitted free. he motorcycles will be on display behind the main grandstand. Awards will be given in several categories to bike owners.
Several brand new bicycles will be presented to some lucky boys and girls.
Be on hand when another chapter is written in the history of the Bridgeport Speedway!