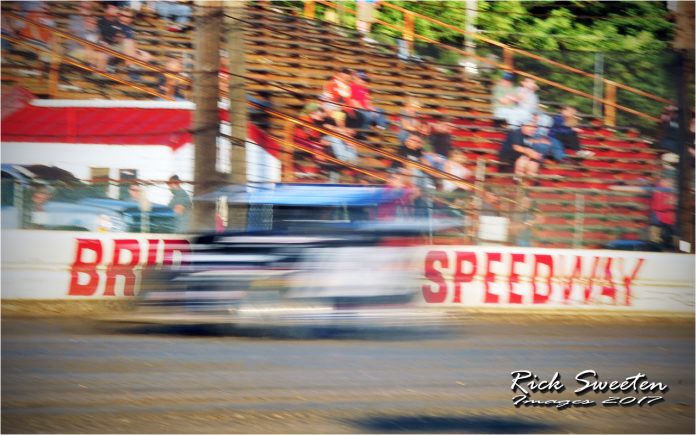 SWEDESBORO, NJ – If you are a racing fan (or even if you’re not!) the Bridgeport Speedway is where you want to be when the 2018 racing season comes rolling around.

The Bridgeport Speedway will actually be three speedways this season – a feat unheralded in dirt track racing in the Northeast. In addition to the lightning fast 5/8 mile track and the Spirit Auto Center quarter mile, a new 3/8 mile has been configured and will see its first racing action when the green flag waves on the 2018 season.

The 60 Over Special – Doug Hoffman Memorial Race will open the season on Friday and Saturday, March 30th and 31st. Friday night action will see the 358 Small Block Modifieds in action along with the first DA’s Auto Body & Repair Rookie feature event of the season. There will also be open practice sessions for the Big Blocks, Crates and Outlaw Stocks as they prepare for the first hand of the Colonial Pipeline Call Before You Dig 2018 Poker Series on Saturday night.

Doug Hoffman played such an important role at the Bridgeport Speedway both as a competitor and as a promoter. Hoffman’s multiple championships and ninety-two feature wins account for a large portion of the track’s history. Then in 2012, Hoffman came to the Bridgeport Speedway as the promoter and started what the Ramey family and Keith Hoffman, Danny Serrano and Dave Adams have continued every since – the rebirth of the Bridgeport Speedway. Hoffman brought the Big Block Modifieds back to the 5/8 mile track and introduced his Poker Series to the fans and competitors at Bridgeport.

The United Racing Club will appear at the Bridgeport Speedway for three shows during the 2018 season, including the club’s season opener on Sunday, April 15th. The season opener has been known to set the stage for the season. The URC Sprint Cars have been growing in popularity at the Bridgeport Speedway where the race has frequently been determined by a last lap pass.


There will be a special Pre-Season Points chase on the new 3/8th mile track for the 602 Crates and Big Blocks. In addition to cash awards, the top thirteen drivers will each receive an additional card for their 2018 Poker Series hand. The opening of the 3/8th mile during the pre-season is certain to attract the attention of many invaders from the Tri-State area and beyond, many who will use the Pre-Season to prepare for the Small Track Super Series event – the South Jersey Shootout on Sunday April 29th.

The first race of the Bridgeport 2018 Track Championships will take place on Saturday, May 5th.

The Super DIRTcars return to the Bridgeport Speedway after a tremendous outing last season. “The Battle of the Bridge” is part of Bridgeport’s Big Three events this season. With Bridgeport’s own Ryan Watt and Billy Pauch taking first and second place honors last season, you can bet that the boys from DIRT will be ready to protect their honor when they come to Bridgeport on Wednesday night, May 16th.

On Saturday night, June 16th the every popular Pack the House night returns to the Bridgeport Speedway!! With free grandstand admission, fans will have the opportunity to see eight divisions of racing!!

The Eastern Storm will pull into Bridgeport on Monday, June 18th for a first ever appearance of the wingless United States Auto Club (USAC) Sprint Cars. This show is the third leg of the Bridgeport Big 3 and will bring the likes of Justin Grant, Robert Ballou, Tyler Courtney, Dave Darland and Chris Windom to Bridgeport Speedway for an exciting night of wingless Sprint Car racing.

There will be two shows for the Misfits 4x4s full of mud, big trucks and demo cars and the people who drive them!

The second hand of the Poker Series will take place with the return of the All American 40 on Sunday July 1st.

The Three for All will move to the 3/8th mile speedway this season as it showcases the Small Block Modifieds (Spec heads), the USAC wingless 360 Sprint Cars and the one and only Bridgeport appearance of the Super Late Models.

The Rumble of the River will take place in mid-August, the third hand of the 2018 Poker Series.

The third running of the King of the Big Blocks will take place on Saturday, September 29th. This show has become a “must see” for all race fans. Billy Pauch and Ryan Watt have worn the crown so far. Who will be the winner in 2018??

The 2018 season will come to a close with the Wildcard Weekend – a two day event and the final hand of the 2018 Poker Series. On Friday and Saturday, November 9th and 10th the Bridgeport Speedway will close their season the same way they opened it – with a two day event. The Small Block Modifieds and Outlaw Stocks take center stage on Friday night along with time hot laps for Saturday’s show of Big Block Modifieds, Crates and Outlaw Stocks.

Could you ask for anything more?? There’s something for everyone at the Bridgeport Speedway in 2018!! 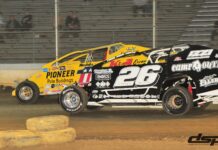