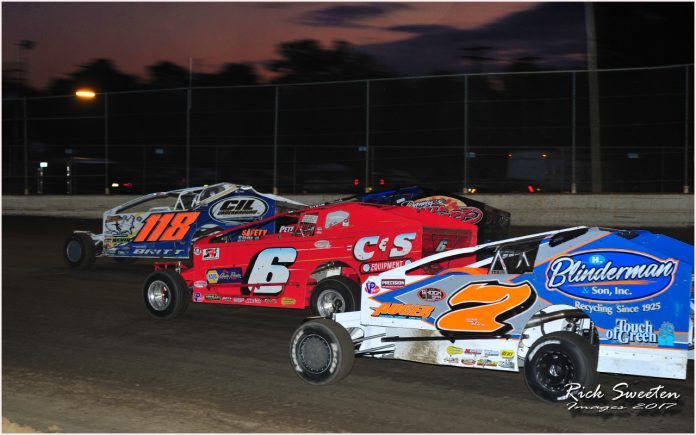 Donald R. Manning, Sr. learned his trade in the New York City optical labs as well as in the military. He opened the first Design for Vision location in February of 1955 in Morrisville. In the mid-70s, a second location was added in Langhorne and operated by Don Manning, Jr. Over the years, other locations have been added so that in addition in Morrisville, stores now are located in New Hope, Newtown, Jamison, and Levittown in addition to three Sunglass Central locations that specialize in the area of both prescription and non-prescription sport sunglasses, sold for both fashion and function alike. All eye wear is still produced in the Manning’s state of the art lab in Morrisville.

Don Manning, Jr. is a former competitor at the Bridgeport Speedway with eight feature wins to his credit in the Small Block Modified ranks. Manning returned to competition with his son, Roger, midway through the 2016 season. Roger Manning first competed in the final DA’s Auto Body & Repair Rookie event of the season and then several weeks later, went out and captured the first feature win of his career in Bridgeport’s Crate/Sportsman division. The Mannings returned to weekly competition for the 2017 season where Roger picked up another feature win and was in the thick of the point championship battle right down to the final checkered flag of the season. For the 2018 season, the Mannings will make the move into Bridgeport’s headline division – the Spirit Auto Center Big Block Modifieds.

About his choice to support the new 3/8th mile Bridgeport track, Don Manning stated, “Certainly, we wanted to help out the track but I really like the idea that the World of Outlaws, Brett Deyo’s race and the USAC Eastern Storm events will be raced on the 3/8th mile track and are certain to attract a lot of people.”

The first practice session on the 3/8th will track will take place on Saturday, April 7th with the track seeing its first competition on Sunday, April 22nd for the first Pre-Season event featuring the Spirit Auto Center Big Block Modifieds, 602 Crate Sportsman, MASS Sprint Cars, the fourth Rookie race of the season and Vintage Stock Cars as well.