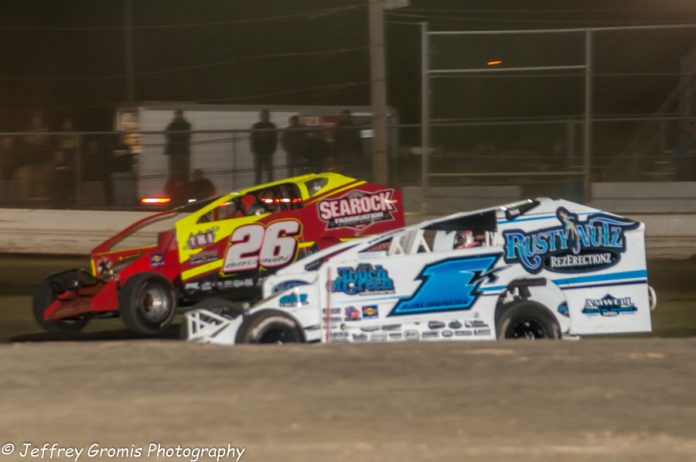 BRIGEPORT, NJ – The Bridgeport Speedway is pleased to announce that the Manning family’s Design for Vision Opticiians and Sunglass Central businesses will again be the title sponsors for Bridgeport’s 3/8 mile track.

It was Donald Manning, Sr. who started the optical business, learning his trade in the military as well as in the labs of New York City. The Manning patriarch opened the first Design for Vision location in February of 1955 in Morrisville. Some twenty years later, the Langhorne location was opened, operated by Don Manning, Jr. More stores were added as the business grew with now in New Hope, Newtown, Jamison and Levittown. Desing for Vision provides a selection of over 2000 frames in each location and provides eye exams and contact lenses by independent optometrists. A few years ago, Sunglass Central was added to the Newtown, Jamison and New Hope locations. Sunglass Central specializes in the area of both prescription and non-prescription sport sunglasses, sold for both fashion and function alike. Sunglass Central carries all major brands such as Oakley, Gucci, Costa, Maui Jim, RayBan, Tiffany Wiley X, Silhouette, Oliver Peoples and more. All eye wear is still produced in the Manning’s state of the art lab in Morrisville for better qualify control as well as delivery time.

Don Manning, Jr. was a competitor here at Bridgeport in the late 80s and early 90s, running in the Small Block Modified division. Manning has eight feature wins to his credit. Don and his son, Roger returned to racing at Bridgeport during the 2016 season. Racing in the Crate/Sportsman division, Roger earned his first victory in the partial season and backed it up with another win and a third place finish in the point standings for the 2017 season. The Mannings made the move into the Big Block Modified ranks in 2018 and will continue to compete in this division this season.

“We’re happy to do this again,” Don Manning stated. “We want to support Bridgeport and we’re happy that we have a company that enables us to do just that.” The Mannings have supported the Bridgeport Speedway and in return, the many of the fans and competitors have looked to the Manning family to fulfill their eyewear needs.

The Design for Vision/Sunglass Central Speedway will see action for the first time on Saturday, May 11th when the Big Block Modifieds and 602 Crate Sportsman are joined by the 305 sprints cars of the Mid Atlantic Sprint Series, the Rookies and Vintage stock cars. The Big Block Modifieds, 602 Crate Sportsman, Outlaw Stocks and Rookies return to the 3/8th on the following Saturday, May 18th. Then the World of Outlaws will take their first laps on the Design for Vision/Sunglass Central Speedway on Tuesday, May 21st when they are joined by the 602 Crate Sportsman for the doubleheader show.

On Sunday, May 26th the Design for Vision/Sunglass Central Speedway will host its first Poker Series event when the All American 40 comes to the 3/8th mile surface. The USAC East Coast Wingless Sprint Cars will join the Big Block Modifieds and 602 Crate Sportsman for this tripleheader event.

Saturday night racing returns to the Design for Vision/Sunglass Central Speedway for the next two Saturday nights. On the first of June, the Big Block Modifieds, 602 Crate Sportsman, Rookies, MASS 305 Sprint Cars and Vintage will be featured on Bridgeport’s third speedway. One week later the Outlaw Stocks join the Big Block Modifieds, 602 Crate Sportsman and Rookies for a show on Saturday night, June 8th. Then on Wednesday, June 12, the Eastern Storm returns with the wingless USAC 410 Sprint Cars that put on a great race just a year ago when they made their first appearance. Winged 600 Micro Sprints will also compete during this mid-week show. 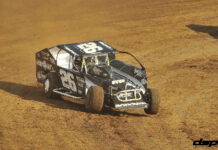 Ryan Godown Wins 2nd In A Row At Bridgeport