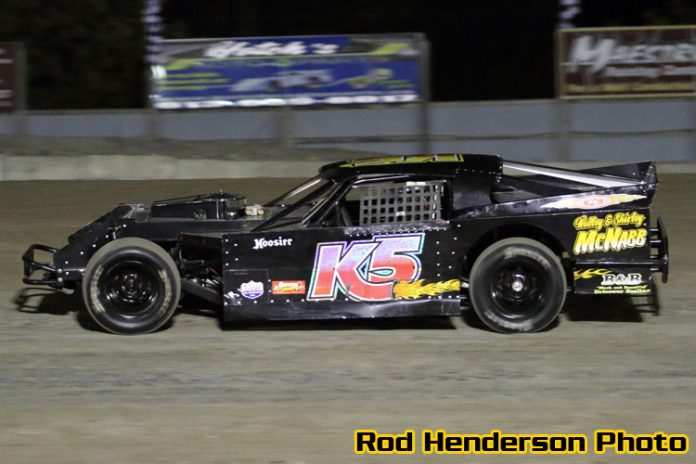 The OilGARD Anti-Rust Canadian Modifieds competed in their crown jewel event Saturday as they raced 50 laps in memory of former driver Danny Reid who passed away while competing in the division in May of 2005.

Thunder Stock driver No. 85 Austin Reid paced the field of 14 Canadian Modifieds in his grandfather’s K5 car in a touching tribute.


No. 32 Doug O’Blenis started on the pole and took command of the race from the drop of the green flag. Rounding turn 4 on the 18th time by, No. 39 Jonah Mutton and No. 91 Kraig Handley went three wide with O’Blenis. Like a sling shot, Mutton sailed into the lead from the high side with Handley following in runner-up. Handley got past Mutton to take the lead and never looked back as he cruised to victory lane. Mutton scored a hard earned second. No. 12 Adam Whaley and No. 87 Andrew Hennessy had solid performances that saw them both spin out and come from behind to finish third and fourth respectively.

During the victory lane celebrations Hennessy was crowned division champion for a fourth consecutive year, finishing a mere five points ahead of Handley.

No. 09 Robbie Wilson jumped on the lead from his second starting position and never let off the loud pedal in the 30-lap Vanderlaan Building Supply Pro Late Model feature. No. 89 Austin King and No. 29 Phil Potts proved to be the toughest competitors for the first half of the chase. Determined to secure his first career win, Wilson stomped on the gas and was uncontested for the last 10 laps as he crossed the finish line, leaving King to settle for second. Potts took home third spot, No. 57 Charlie Sandercock took fourth and No. 1 Andy Mayhew placed fifth.

Sandercock was awarded season champ for a second straight year.

Book Books it to Victory Lane

No. 3 Douglas Fischer and No. 88 Jeremy McLean led to the field of 10 OSCAAR Hot Rods to green in the 20-lap caution riddled feature. The action was brought to a halt on the first lap when half the field got tangled in a melee. On the restart, McLean and No. 64 Steve Book went to battle for the lead. These cars that generally run on asphalt tracks were quick to adapt to the dirt as Book threw the hammer down and ran the high line like a warrior as he flew to victory lane first. McLean clinched second and No. 8sr Paul Senior finished third overall after losing most of his body in an earlier wreck.

No. 50 Willy Bulten and No. 11 Adam Flieler started on the front row of the Bill John’s Comp 4 feature. Bulten, Flieler and No. 43 Devon Kippen wasted no time waging the best war for the lead as they took it three wide for the first two laps. Flieler and Bulten pounded sides and the No. 50 spun out of contention. Flieler and Kippen got back it but when the checkered flag flew, the No. 11 parked it. Kippen secured second, No. 14 Matthew Moore placed third, No. 13 Joel Dempster earned fourth and No. 0 Tyler French finished fifth.

Campbellford Chrysler Driver of the Week No. 1 Brock Gregory muscled his way to the top on the ninth lap to secure his fifth season win in the Quinte Septic Junior Stinger feature. The win also clinched the Championship for Gregory in his sophomore season in the division.

No. 7 Rick Philips was quick to pounce on the lead from his second starting position in the Quinte Septic Super Stinger Feature and was dominate to victory lane scoring his first win in two years. Jorden Pickell finished sixth in his No. 93 machine to secure his first ever Championship.

Up Next At Brighton Speedway 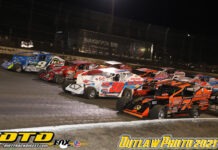 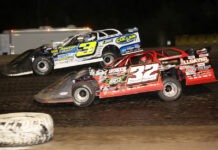