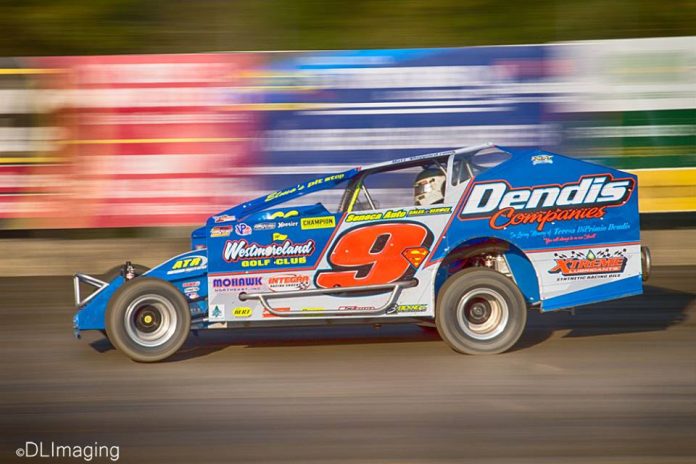 BROCKVILLE, ONT – The Brockville Fall Nationals is set to start Friday October 13 when the Big Block Super DIRTcar series rolls into town and, on Saturday, October 14, fans will see the return of the 360 Sprint cars. Two full days of exciting racing, along with live entertainment, each day.

The 2017 edition of the Brockville Fall Nationals all gets underway Friday with the Big Block Super DIRTcar series, always a fan favorite, with such drivers as Matt Sheppard, Stewart Friesen and Billy Decker. Also planned that night will be the DIRTcar Sportsman Modified series, DIRTcar Pro Stock series and, to round off the show, will be the popular vintage series. Racing gets underway Friday at 7:00 p.m. sharp.

Saturday, October 14, will see the 358 DIRTcar Modified series invade Brockville Speedway once again. The best in 358 drivers will race it out on one of the trickiest 3/8-mile track in the North East. The 360 Sprint cars will also be making its return to the Fall Nationals for the first time in a number of years.

By popular demand, Paul Kirkland decided to bring back the 360 Sprint cars to the Fall Nationals, which were truly missed in the last few years, but will once again take place, one of the most popular events held each year at the Brockville Speedway. The Street Stocks and Mini Stocks will also be on hand Saturday which is shaping up to be the grand day of racing.


With some miner changes to this year’s line-up, the 2017 1000 Islands RV Fall Nationals is shaping up to be better than ever and will be one race you won’t want to miss.