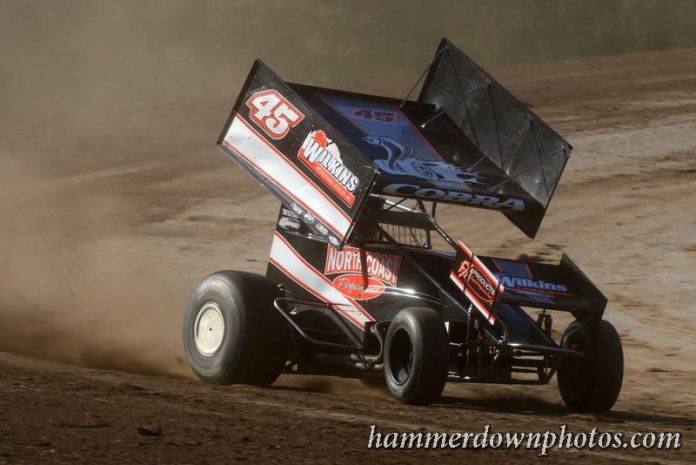 BROCKVILLE, ONT – Not very often do Canadian race fans get the opportunity to see ‘The Cobra’ Chuck Hebing compete across the border, but Saturday night at Brockville, the current Patriot Sprint Tour point leader put on a show and picked up his fifth win of the 2018 season and career win No. 48.

Steven Hutchinson Jr and reigning PST-Canadian Series champ Dylan Westbrook would bring the stout 24 car field to the green as Westbrook took command in the opening lap. Hebing, who started third would immediately get himself into the second position and begin to track down Westbrook.

On lap three, Hebing would roll into corners of three and four wing to wing with Westbrook and would officially take the lead on the fourth lap.

Jason Barney was able to get by Hutchinson for third and he as well would battle for position with Westbrook.

The first caution came out on lap 13 as Cory Turner would fall off the pace in turns three and four. Turner would come to a stop again on lap 16 and his night was done. Hebing would still lead Westbrook, Barney, Hutchinson Jr and Poirier.


On the restart, Hebing would once again pull out to a convincing race lead but the battle for second would continue between Westbrook and Barney. Steve Poirier was able to get by Hutchinson for fourth on the restart and he would begin to gain ground on the top three.

Barney would get one last chance on lap 23 as the two raced into the corners side by side making little contact but Hebing would still have the slight advantage at the line.

Hebing would hold on for the win over Barney for his fifth win of the season. Steve Poirier was able to get by Dylan Westbrook at the line to steal third. Steven Hutchinson Jr had a season best fifth place finish. 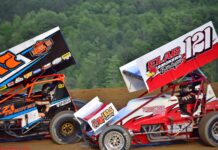