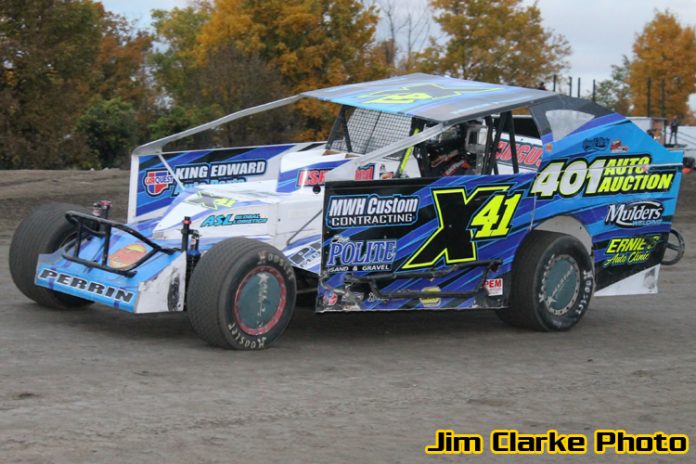 BROCKVILLE, ONT – Climbing to the next rung on the ladder. Putting another notch in your belt. Moving on up. No matter how its described, advancing to the next level in a driver’s career is commonplace in nearly every form of motorsports and Brockville Ontario Speedway’s weekly classes are no exception. As the popular 3/8th mile oval north of Brockville gets ready to kick-off its 50th anniversary schedule, several racers will find themselves in different divisions once the green flag flies.

“In the past, we’ve had people including Luke Stewart and Joseph Banks make the transition and most recently, Aaron Pugh and Jarrett Herbison have found success in their new rides,” said track owner and promoter Paul Kirkland. “Reaching the half century mark with the opening night of our 2019 season is an impressive stat. It promises to be an amazing year for teams in all of our regular classes.”

The Saturday, May 11th kick-off to the new schedule is still around 5 months away, but track officials have already received notice that as many as 10 drivers will make a change. Fans will likely notice the biggest difference in the Rookie Sportsman ranks, as 2018 Mini Stock track champion Dominick Merkley makes the move, along with Dylan Kirkland, Corey Gates and Justin Saunders. Reigning Rookie Sportsman track champion and former go karter Xavier Perrin will transfer his talents to the Sportsman-Modified division, while Shane Billings will pilot a Vintage Modified in 2019.

“36 different drivers started at least one main event in the 358 Modified division last year, with 7 runners sharing the 15 checkered flags,” Paul Kirkland added. “At this point, the only thing we know for certain about our headline class – now known as the 1000 Islands RV DIRT Modifieds – is that Danny O’Brien called it a career after the Northeast Fall Nationals. That could help open the door to a brand new cast of characters once next year gets rolling.”


The best way to keep on top of everything during 2019’s 50th anniversary schedule at The BOS is with a season pass. Good for every event on the calendar – except the Bullringer 110 and the Northeast Fall Nationals – you can see the action at Brockville Ontario Speedway for only $220. A pit pass, for all shows with the exception of The Bullringer and Fall Nationals is just $420. Reserved grandstand seats for special events are $60 each, with gift cards – in any amount and redeemable at the general admission gate, souvenir booth or canteen – are also available. Call 613.345.6324 to order.

www.brockvillespeedway.com is your source for the latest off-season news and information leading-up to the new schedule. Fans can also find details through the track’s social media platforms on Facebook or Twitter.