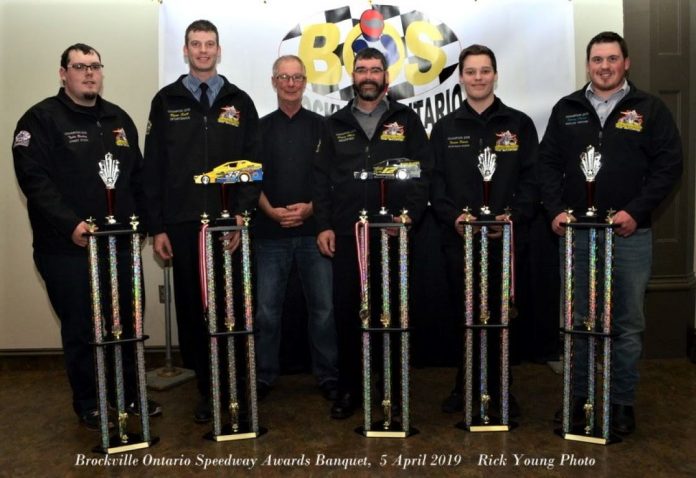 BROCKVILLE, ONT – Putting together a weekly racing schedule at the local, short track level can be an arduous task. There are sponsorships to be arranged, sanctioning deals for special guest divisions to be co-ordinated and track staffing and volunteers to be scheduled. Its far from a simple task and no matter how many times you’ve done it in the past, the process doesn’t get any easier.

With its 50th anniversary schedule on the horizon, the promotional team at Brockville Ontario Speedway has been burning the midnight oil to get everything ready for the Saturday, May 11th opening night. Over the past several seasons, one of the most popular events leading-up to the lid-lifter at The BOS has been the annual Fan Fest – in support of the Children’s Hospital of Eastern Ontario – staged on the grounds of the local Walmart on Parkdale Avenue. Track owner and promoter Paul Kirkland says a conflict with the original date has caused this year’s edition to be postponed by a week.

“Our final 2019 calendar came together early in the year and within a few days of it hitting the street, we learned of an issue with the planned April 20th event,” Paul Kirkland said. “Working with our team and the crew from Walmart, we were able to reschedule for just a week later. Fans will now get a chance to see the new rides for the season and talk to the drivers Saturday, April 27th.”

Brockville Ontario Speedway’s 50th anniversary season gets underway Saturday, May 11th with 1969 track champion Howard Shaw on hand to meet with fans, sign autographs and waive the green flag for the inaugural event in the 1000 Islands RV DIRTcar Modifieds. There will be special guests and excitement throughout the year; concluding with the annual running of the Loud & Dirty Brand Northeast Fall Nationals, October 18th and 19th.

For the complete track schedule, along with the latest news and information, be sure to visit www.brockvillespeedway.com or see the track’s Facebook and Twitter social media platforms.