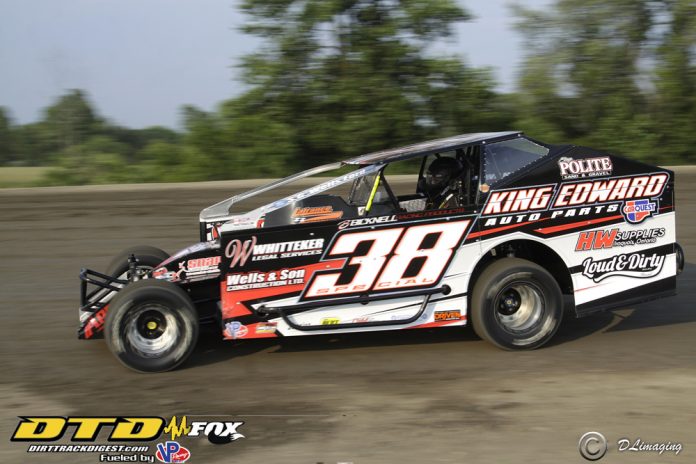 BROCKVILLE, ONT – Big things are on this year’s agenda at Brockville Ontario Speedway. The popular 3/8th mile clay oval on Temperance Lake Road, north of the city is celebrating its 50th anniversary season, with special events and promotions throughout the year. Track owner and promoter Paul Kirkland says his team has worked very hard to get everything ready for Saturday night’s season opener.

“So much time and effort have gone into the plans for this year’s lid lifter. I can’t think of a time when we’ve expelled so much energy on the annual schedule,” Paul Kirkland said. “We’ve invited some past champions to be on hand to meet the fans and sign autographs. Along the way, we’re hoping to have the 2019 calendar be a perfect combination of the past and present; while looking toward the future.”

This weekend’s Saturday, May 11th opener is highlighted by the Ogilvie’s Auto & Fleet Triple Crown curtain raiser with 50 lap feature events for the 1000 Islands RV 358 Modified and DIRTcar Sportsman. Also on the card will be the Draper Doors Rookie Sportsman, Street Stocks and Mini Stocks. 50th anniversary Legends Grand Marshall Howard Shaw – the 1969 track champion – will be on hand to throw the green flag for the ‘A’ mains. Gates open at 5:00, with racing at 7:00.

Summer’s Blockbuster Event is the 1000 Islands RV 50th anniversary Mid Season Championship, with double track points and a guaranteed Bullringer Loud & Dirty Brand Fall Nationals 358 Mod starting spot, with Sportsman-Modifieds, Rookie Sportsman, Street Stocks and Mini Stocks. To honour the first half a century of racing, grandstand admission will be rolled-back to the 1969 price of just $5.00.

Sprint car fans will have a couple of opportunities to see their favourite brand of motorsports excitement during the 2019 regular season at The BOS. The Patriot Sprint Group rolls into town – as part of a regular show – Saturday, July 20th, while the Lucas Oil Empire Super Sprint tour checks in Saturday, August 10th.

Be sure to check www.brockvillespeedway.com for the latest schedule news and information. Follow the track’s Facebook and Twitter social media platforms and take The BOS with you throughout the season.