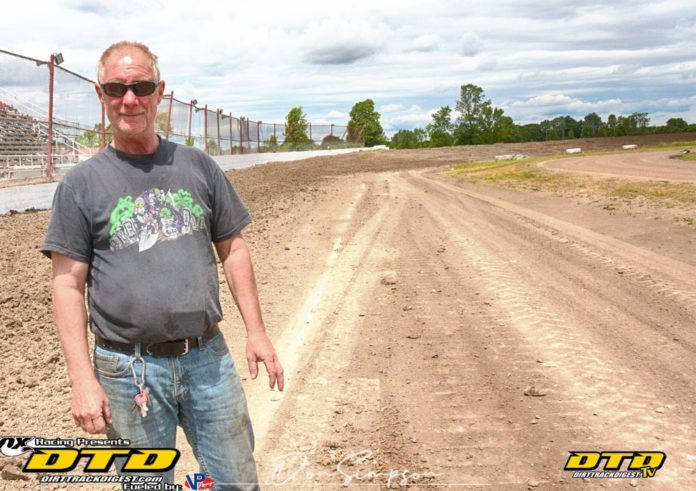 Once again, Paul Kirkland, the owner of the famed Brockville Ontario Speedway, is thinking out of the box. Amid the COVID-19 pandemic and all the restrictions, Paul has made the move to re-clay the track.

“This was the right time to move,” Paul explained. “It has been dry so far this Spring, with the restrictions in place and good weather on our side, I decided it is now or never. I contacted George Tackaberry and sons Construction and Steve Polite owner of Steve Polite Sand & Gravel, to get the job done.” 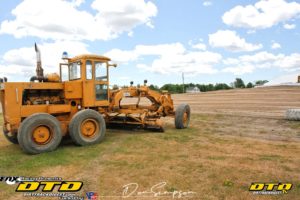 For Kirkland, it has been a frustrating start to the season compared to last season’s 50th anniversary year start. Officials have given the green light for testing and to hold racing without fans in the stands, but there has been no new information given on what the next phase will bring in the sense of rules.

“We just don’t know what the next phase of the shutdown will bring, so it’s really hard to come up with a schedule of some sort to give fans an idea of when the racing will start with fans in the stands. Like many, I have heard the same rumors that officials may allow 50% fan capacity for races in the near future, but have not heard this officially from the Government.”

In the meantime, Paul has decided to invest in the future and get the new clay surface down while the weather is good. 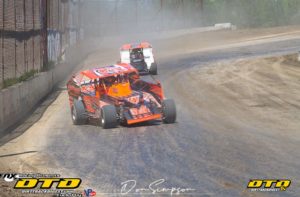 If fans are allowed back in the stand, soon the plan would probably be to start the season with the first round of the Ogilvie’s Auto & Fleet Triple Crown series and go from there.

As for this season’s long-term plan, Paul went on to say, “I don’t think we will see the border opening anytime soon, but if we are allowed to race with fans I know we have enough good teams up here in Canada to put on a good series like the Ogilvie’s Triple Crown. As for the Brockville Ontario Speedway’s Fall Nationals, we are still going to move ahead with that weekend regardless. As I said we have a lot of good cars throughout Ontario and Quebec. These teams are sure to put on a great show for fans, as always. Yes, it would be disappointing for sure if we cannot bring up the Super Dirt Car series along with some of the great American teams, but it is what it is and we will make the best of what we have.”

In these uncertain times, it’s refreshing to see the optimism Paul has and to see him moving forward to keep this historic track alive. The first race cars will travel over the newly clayed track on Saturday, July 4, for one of our testing sessions. With any luck, we may see some racing thereafter with fans.