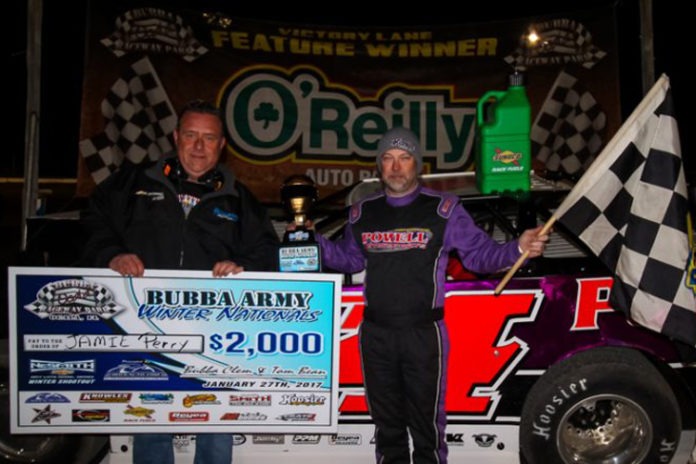 OCALA, FL – Jamie Perry piloted his Powell Motorsports sponsored entry to his first ever NeSmith Chevrolet Dirt Late Model Series victory on night #2 of the Bubba Army Winter Nationals at Bubba Raceway Park. Perry overtook pole sitter Devin Dixon on lap 19 and was never seriously challenged as he led the remaining laps crossing under the Sunoco Race Fuels checkered flag 2.258 seconds ahead of Danville, Kentucky driver Victor Lee who made a late race charge to the front for the runner up position. Perry’s victory comes against some of the stoutest competition assembled, as his #P4 machine has been the model of consistency during the first two nights of Bubba Army Winter Nationals competition staying at the top of the speed charts and being able to finish their as well.

Devin Dixon set fast time in the #58 Big Frog Motorsports/Dave’s Towing Rocket besting the field of 43 drivers with a lap time of 15.206 seconds. That would earn him the inside front row starting spot for the 40 lap, $2,000 to win feature event. The Bubba Raceway Park track crew, with help from track owner Bubba Clem, continually massaged the 3/8-mile gumbo surface making sure that competitors had a ultra-racy surface come feature race time. Fans and competitors would not be disappointed.

Dixon would lead the field to the green flag as cars quickly spread out battling for positions throughout the field. Third starting Perry was in a battle amongst the top 5 early in the race. Dixon would quickly catch the back of the field and begin to have to work lapped traffic. As he moved to the outside to clear a lapped car exiting turn 4, he made contact with the outside wall taking away half of the rear spoiler on the 58 machine. As the race progressed, Perry reeled in Dixon as lapped traffic came into play for all the front running cars. Perry would pull alongside Dixon at the exit of turn 3, and then use a power move after slight contact with Dixon to take over the top spot. Perry would go virtually unchallenged for the remaining 20 laps in route to the $2,000 payday.

Victor Lee and Thursday night’s feature winner Brandon Sheppard waged their own battle to finish inside the top 5. Ninth starting Sheppard carefully maneuvered through the field, but the late charging Lee would deny him the runner-up spot with Sheppard crossing the finish line in 3rd. Dixon would hold on to finish in the 4th spot, with Brandon, Florida’s Kyle Bronson rounding out the top 5.

Drivers will now turn their attention to Saturday’s 100 lap, $10,000 to win Chevrolet Performance World Championship. Chevrolet Performance Pole Qualifying, Heat Races, and B-Mains will take place to set the field. The top 12 drivers from Thursday and Friday combined points that do not transfer to the World Championship will go to a Last Chance Qualifier for a final shot to make the big race. Driver’s Meeting is scheduled for 6:15 P.M. with Hot Laps to follow.

More information about Bubba Raceway Park can be obtained by visiting their official website at www.bubbaracewaypark.com 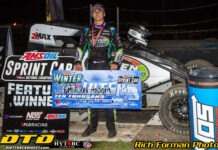 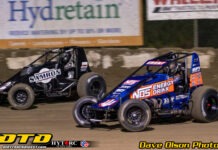 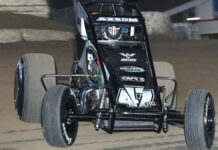