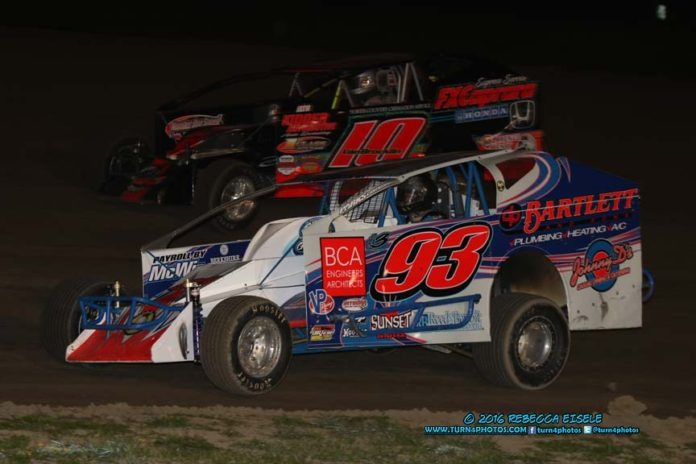 During the afternoon on Friday Caprara’s Can-Am Motorsports Park and Speedway announced their schedule for the upcoming racing season. The track, which returns to the Caprara family for the 2017, is slated to have the 358-Modifieds as the lead attraction nearly every Saturday night from May until early September.

The season kicks off at the North Country oval on May 6th with the 358-Modifieds headlining the program. They are joined by other weekly divisions that include the Sportsman, Novice Sportsman and various other full-fender divisions.

The Lucas Oil Empire Super Sprints highlight two huge races at the track. This year Empire Super Sprint Central New York Speedweek kicks off at Can-Am on Wednesday, June 28 which pays $2,500 to win along with a DIRTcar Sportman Series event. The winged cars return to the speedway on September 9th. This show pays $2,000 to win and is run in conjunction with the 358-Modified DIRTcar Series.

RaceCanAm.com is the official website listed on the schedule but at this point the site has not gone live.


The entire schedule has been captured below.