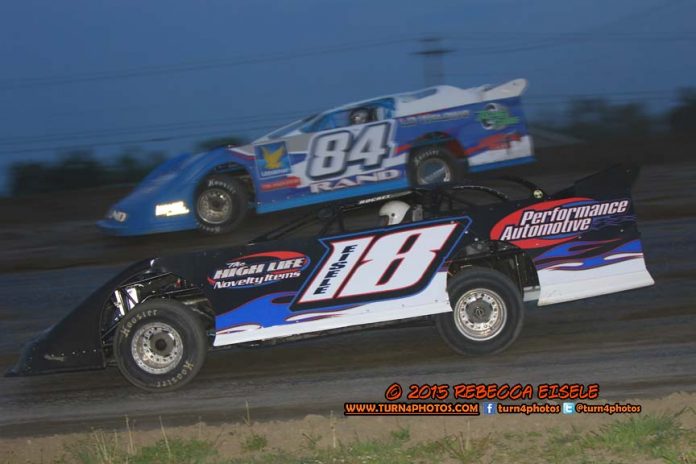 PULASKI, PA – The Sweeney Chevrolet Buick GMC RUSH Racing Series powered by Pace Performance is excited to announce that Can-Am Speedway’s four Crate Late Model events in 2018 will be sanctioned under the RUSH banner. It was recently announced that the LaFargeville, New York half-mile dirt oval ownership has been taken over by local businessman and racer, Tyler Bartlett.

The RUSH Late Models are scheduled to make four Friday night appearances at Can-Am this season. The first will be on May 18 as part of Military Appreciation Night. They will return to the LaFargeville oval on July 6 for $20 a car load night. July 27 will be the next stop as the RUSH Late Models replace the DIRTcar “358” Modifieds. The final date for the RUSH Late Models at Can-Am will be September 7 in night one of a two-day show to close out their 2018 season.

“We are excited to have the Crate Late Models returning to Can-Am and to have RUSH sanctioning the races as it makes it that much more exciting,” stated Can-Am General Manager, Bob Thurston, Jr. “It adds credibility to our races and gives the RUSH racers a chance to pick up some valuable points at Can-Am. RUSH is one of the leaders in Crate Late Model sanctioning and we are honored to be a part of their program in 2018”

The RUSH Late Models last appeared in 2015 when Can-Am was a weekly-sanctioned speedway. That year, eight RUSH Late Model events were completed with Canadian Charlie Sandercock winning seven of them. A midweek special was held on June 3, 2015 that saw Lee Gill top a 20-car field. New York has now grown to include RUSH weekly-sanctioned events at Fulton, Genesee, Outlaw, and Stateline along with special events at Can-Am, Brewerton, and Weedsport.


“We’re glad to be able to bring Can-Am back into the RUSH fold,” expressed Series Director Vicki Emig. “In the past, Can-Am was a viable option in northern New York and also gave Fulton and Brighton Speedway racers an opportunity to run a second night. Drivers will now be able to go to Can-Am under the RUSH rules package along with being able to accumulate points. There’s some Canadian racers too at Brighton that are always looking for the opportunity to race RUSH events closer to home.”

RUSH member racers will be able to participate at Can-Am and accumulate points toward the Sweeney Weekly Series Championship and “Futures Cup” for those eligible teenage racers. In addition, eligible Pace Performance “Summer Chase” racers can accumulate points on the July 6 and July 27 events. While membership is not mandatory to compete in any RUSH-sanctioned event, membership also includes a $100,000 excess participant accident policy, which is over and above drivers’ health insurance and speedways’ participant accident policy. 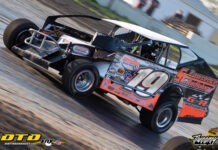 FULL BORE: Can-Am Speedway Geared Up for Thunder in the Thousand Islands