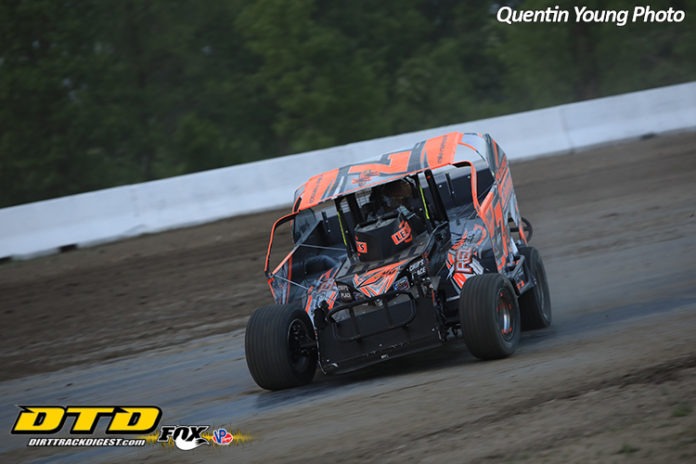 LAFARGVILLE, NY – Michael Maresca and Billy Dunn battled side by side for nearly 20 laps of the 25 lap DIRTcar 358 Modified main event at the Can-Am Speedway on Saturday night. It wasn’t until Dunn got hung up with some lapped cars that Maresca was able to pull away and drive his Bicknell machine straight into victory lane. Dunn was able to hold on for second with Lance Willix, Tim Fuller and Jackson Gill completing the top five.

For Maresca, it was his 2nd win of the season at Can-Am.