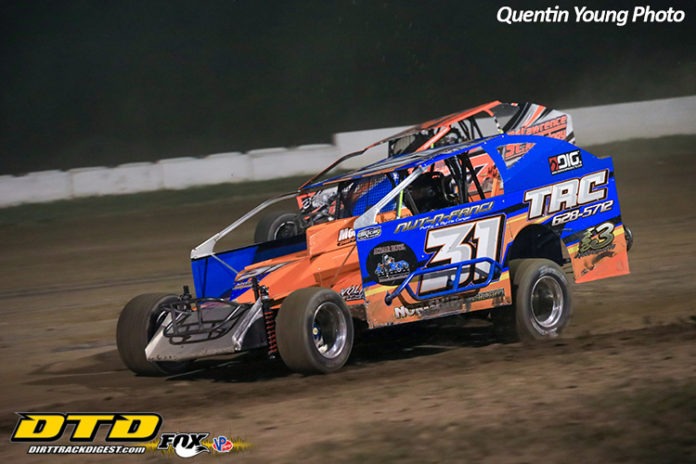 LaFARGEVILLE, NY – Lance Willix got his first win of the season at Can-Am Speedway on Friday night.  Willix was hounded by a hard charging Michael Maresca for much of the event, but held on to take the win in the 25-lap feature go.

Willix quickly got to the front with some moves early that saw him race three-wide for position.  From there Willix worked by Bob Henry Jr., for second before finally taking over the lead from Lucas Fuller.

Once Willix secured the lead, Maresca made his presence felt in second.  Maresca applied constant pressure to Willix.  Although, he was never able to get by, even with a late race restart.

At the checkered it was Willix taking home the win.  Maresca finished in second with Fuller in third.  Tim Sears Jr., finished fourth while Henry held on to finish in fifth. 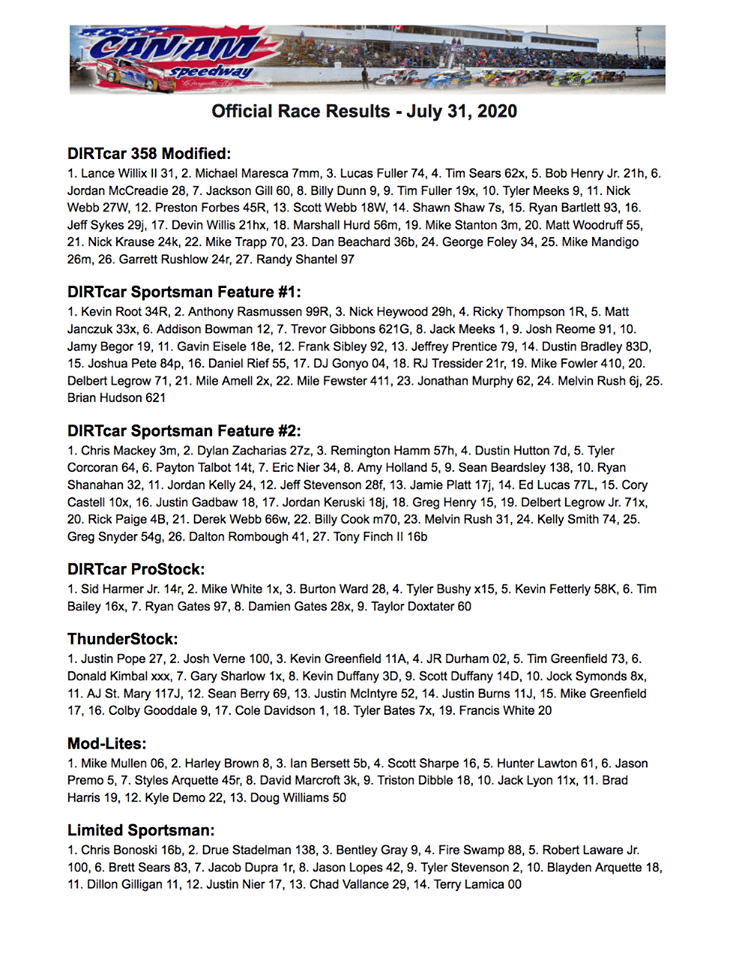