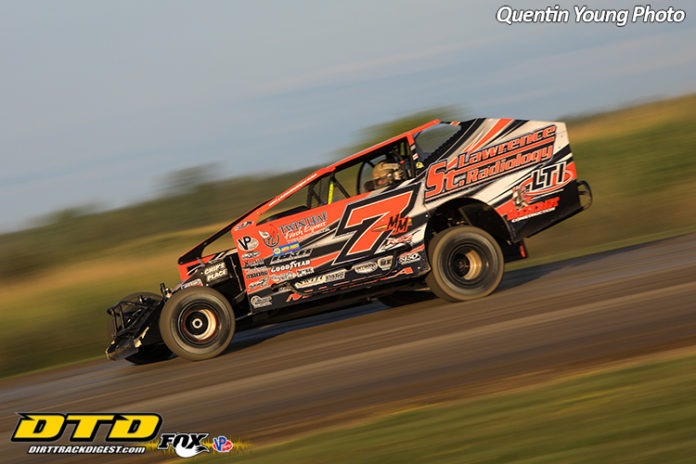 LaFARGEVILLE, NY – Michael Maresca was on rails Friday night at the Can-Am Speedway.  Maresca picked up his third win of the 2020 racing season at the North Country oval.

Mike Stanton and George Foley battled early for lead in the 25-lap feature.  On lap two, Stanton took the lead.  His lead was short lived as Preston Forbes worked around him a few laps later on a restart after Jeff Sykes slowed to bring out a caution.

Forbes controlled the action for a handful of laps before Ryan Bartlett made his presence felt.  Bartlett worked the bottom to take the lead before 10 laps showed on the lap counter.

As the race neared halfway, Maresca joined the fray.  On lap 12 Maresca drove by Bartlett coming off of turn four to take the top spot.

Once the leader, Maresca rolled away from the field setting a torrid pace.   He was unmatched the rest of the way as he easily picked up the DIRTcar 358-Modifed feature win.