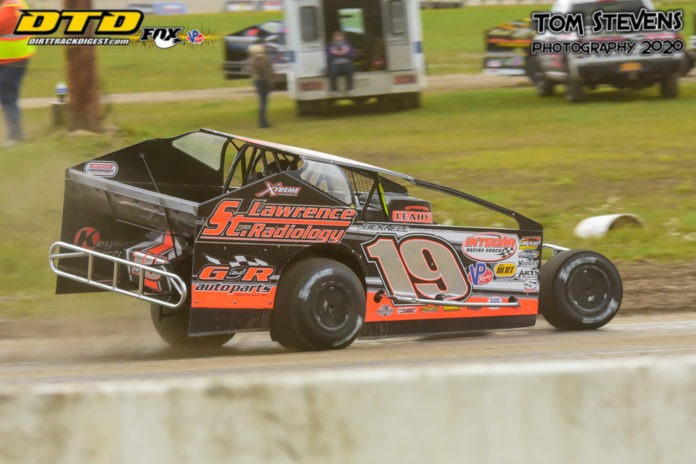 Track regular Jackson Gill and Tim Fuller led the field to the green flag for their 40-lap event with Mike Maresca taking the lead before the end of the first scored lap. Larry Wight raced his way into fourth place on lap five, with Erick Rudolph racing his way into the sixth position on the same circuit. The leaders would hit lap traffic on lap 13 and as a result, the lead trio of Fuller, Maresca, and Anthony Perrego would close in on each other. Fuller would continue to lead as Perrego would pass Maresca on lap 21 to move into the second position.

Just past the halfway mark, third-generation driver Erick Rudolph would take his BBL Racing #25 into third place after passing Maresca on the inside of turn two. The races’ lone caution came out on lap 34 as Stewart Friesen slowed between turns one and two. The following restart would see a three-wide battle for second as Fuller pulled away.

Fuller would go on to score the win over Rudolph, with Perrego, Maresca, and Billy Dunn completing the top five. The Edwards, NY driver earned three victories before tonight’s triumph.

“This was a pretty stacked field” Fuller said in victory lane. “I cannot thank the Maresca’s and St. Lawrence Radiology enough for their support over the past three seasons”, Fuller added.

“The car was good tonight, and it is good momentum to carry into the Big Block race after running this event”, stated runner-up finisher Erick Rudolph.

Anthony Perrego “Tonight was pretty good with the third in the small block race” Perrego said. “The only time I was here when we tested the Graham Racing car last year in similar conditions.